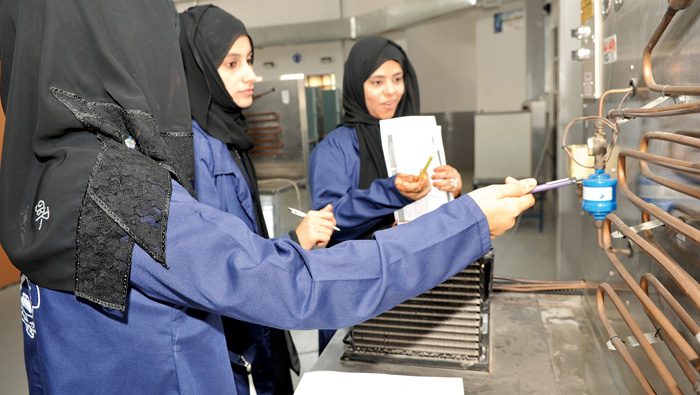 Muscat: Oman’s long term vision of Omanisation of the public sector is gaining pace, according to the latest statistics from the Ministry of Civil Services. More than 70 per cent of all government bodies now report reaching over 99 per cent Omanisation, compared to just 44 per cent five years ago.
The figures also report that only 133 expats are currently employed across 28 public agencies - all of which have achieved a near perfect Omanisation rate.
At present, there are 39 government agencies in the Sultanate, which include ministries, public authorities, and councils. In five years, the number of government agencies that achieved 99 per cent or greater Omanisation increased from 15 in 2012, to 28 in 2017.
During the same period, five new government bodies were established.
Fadhila Al Rumhi, Director of Human Resource Development at the Ministry of Commerce and Industry (MoCI), explained to Times of Oman why MoCI has such a high percentage rate of Omanisation.
“The ministry achieved 99 percent of Omanisation five years ago.” Al Rumhi said, “Our strategy is to employ a foreign expert with a temporary contract. During this period, an Omani graduate will be trained in the same specialisation under the supervision of the expert. So, when the foreigner’s contract expires, the Omani is appointed to his position.”
The Ministry of Tourism, National Museum, National Centre for Statistics and Information, The Supreme Council for Planning, the Public Authority for SME development, and the Governorate of Muscat, are among the 11 organisations which have achieved 100 per cent Omanisation.
Included in this group are The High Judicial Institute, Al Raffd Fund, the Public Authority for Mining, The Council of Administrative Affairs for the Judiciary, and the High Committee for National Day.
Regarding Omanisation, Mohamad Al Busaidi, Shura member representing the wilayat of Bausher said, “This is a good indicator, but there are still around 59,000 expat workers in the public sector, particularly in the education and health sectors.
“As the Omani government seeks to employ more Omanis, and with the increasing number of Omani job seekers, those expat workers should be replaced by Omanis. The Omani government should hire competent Omanis for many of those jobs,” said Al Busaidi.
A total of 16 institutions employ less than five expatriate workers, while 11 government agencies have zero foreign workers. One expat who works in a ministry that achieved 99 percent Omanisation told Times of Oman about his experiences. “I have been working in this ministry for more than three decades,” he said, “and I have been very comfortable working with everyone, as they always treat us well. “I think this number is high, because if an Omani can do the job of an expatriate, then the expat will be replaced,” he added.
The data also determined that the Ministry of Health has the highest percentage of expats, amounting to 30.7 percent of the total employees in the ministry, followed by the Ministry of Manpower with 13.9 per cent, and the Ministry of Education with 11.7 percent. According to the Ministry of Civil Service, expats are “recruited for those jobs that require profound and long experience, especially in the health and educational sectors.”
Data indicates that most expat workers fall between the ages of 30 and 40. According to the Monthly Statistical Bulletin for October 2018 from the National Centre for Statistics and Information, there were 58,303 expat workers in the public sector, as of September 2018, reflecting a 2.1% drop in expat recruitment in that sector since the same time last year. Of this sum, 20,615 were female, and 37,688 were male. At the end of 2017, there were 59,191 expats in the public sector.
Currently, there are 199,629 Omanis registered in the country’s public sector pension funds, as of May 2018, a slight drop from the 200,174 who were enrolled in it last December.