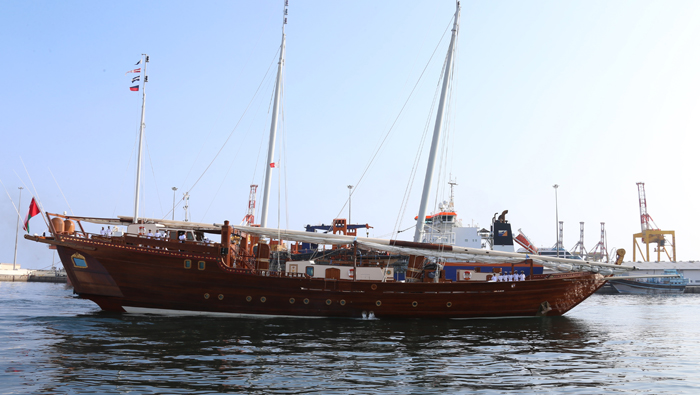 Muscat: According to the Royal Directives of His Majesty Sultan Qaboos bin Said, the Royal Sail Yacht ‘Zinat Al Bihaar’ sailed from here yesterday heading to Cochin Port in the Republic of India to take part in the 10th anniversary of the Indian Ocean Navy Seminar (IONS), hosted by the Indian Navy during 13 and 14 November 2018.
The IONS is an annual event organised by the 32 coastal countries of the Indian Ocean region, including the Sultanate of Oman.
The event aims at exploring means of enhancing maritime cooperation among them.
The Sultanate’s participation at this version of the event will be with the Royal Sail Yacht ‘Zinat Al Bihaar,’ which was built in Salalah and launched for the first time in March 1988.