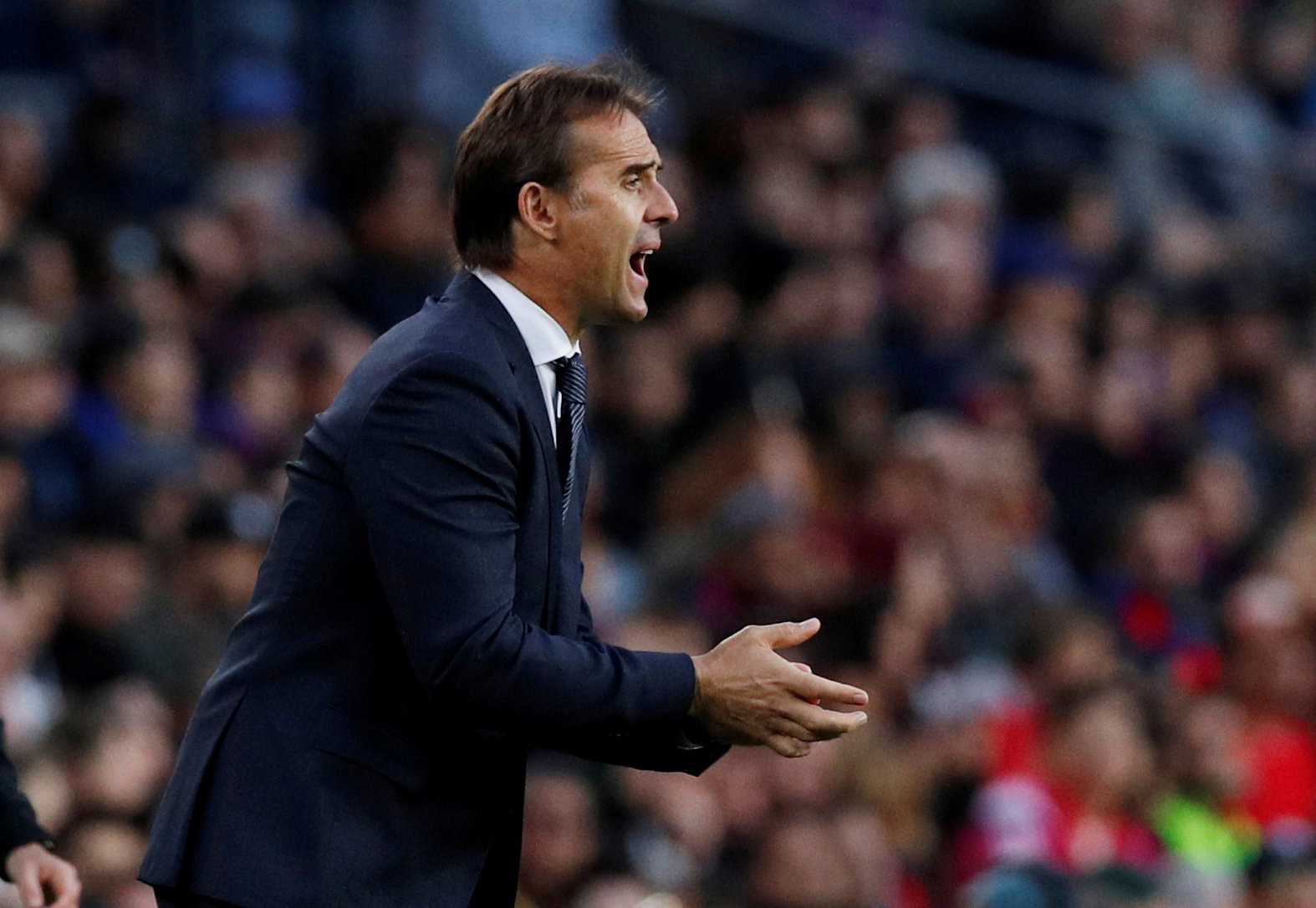 MADRID: Real Madrid are to sack coach Julen Lopetegui after their 5-1 humiliation by arch-rivals Barcelona and former Chelsea manager Antonio Conte is set to replace him, Spanish media reported on Monday.
Lopetegui’s record of four wins, two draws and four defeats has left Real languishing ninth in the La Liga standings, seven points behind leaders Barca.
The 52-year-old Lopetegui was sacked by Spain on the eve of this year’s World Cup after it emerged he had accepted the position at the Bernabeu.
But he has made the worst start by any Real coach in the last 70 years, and club President Florentino Perez is set to wield the axe after they were comprehensively outclassed by Barca on Sunday.
Lopetegui’s situation has drawn sympathy from the media, with sports daily Marca’s front page reading "It is not only Julen’s fault". AS editor Alfredo Relano criticised the club for failing to replace "the 50 goals a season that Madrid are currently missing in the form of Cristiano Ronaldo”.
Following a summer of courting Mauricio Pochettino of Tottenham, media reported that Perez has shifted his attention to Conte, who was still employed by Chelsea when Lopetegui was appointed in June.
The Italian, who won the Premier League in his first season with Chelsea after winning three successive Serie A titles with Juventus, was fired by the London club in July.
Reserve team coach Santiago Solari is likely to take charge of the team for the midweek Copa del Rey meeting with Melilla, with Conte taking charge for Saturday’s home La Liga game against Valladolid, Spanish media reported.