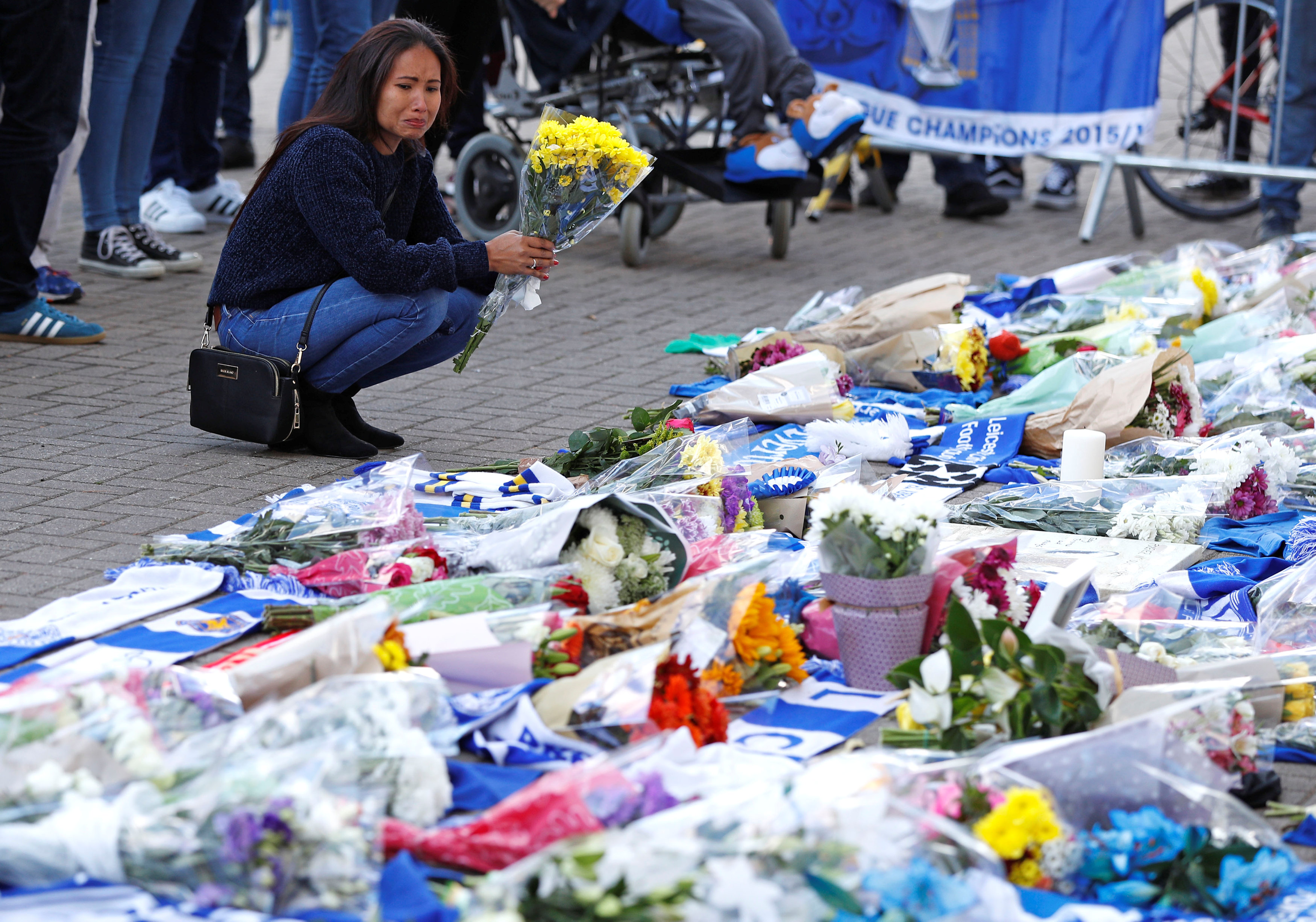 Muscat: Leicester City Football Club's billionaire owner was confirmed to have died in the tragic helicopter accident on Saturday, according to a statement released by the 2016 English Premier League champions.
The statement read, "It is with the deepest regret and a collective broken heart that we confirm our Chairman, Vichai Srivaddhanaprabha, was among those to have tragically lost their lives on Saturday evening when a helicopter carrying him and four other people crashed outside King Power Stadium. None of the five people on-board survived."
The aircraft came down in a car park near the King Power stadium shortly after 19:30 GMT, about an hour after the end of Leicester City’s game against West Ham United, police said.
The club's statement continued, saying, "The primary thoughts of everyone at the club are with the Srivaddhanaprabha family and the families of all those on-board at this time of unspeakable loss.
"In Khun Vichai, the world has lost a great man. A man of kindness, of generosity and a man whose life was defined by the love he devoted to his family and those he so successfully led. Leicester City was a family under his leadership. It is as a family that we will grieve his passing and maintain the pursuit of a vision for the club that is now his legacy."
A book of condolence, which will be shared with the Srivaddhanaprahbha family, will be open to supporters at the King Power Stadium wishing to pay their respects. The club also invited those unable to share their thoughts at the stadium to do so through online book of condolence available on the club's website.
Tributes pour in from across the world of football
The confirmation of Srivaddhanaprabha's death triggered an immediate response from across the world of football.
The tributes were led by Leicester City goalkeeper Kasper Schmeichel, who released a letter addressed to the club's former chairman.
Schmeichel, who witnessed the incident at the King Power Stadium, wrote, "Dear Mr. Chairman, I cannot believe this is happening. I am so totally devastated and heartbroken. I just cannot believe what I saw last night. It just doesn't seem real.
"It is difficult to put into words how much you have meant to this football club and to the city of Leicester. We all know about the investment you and your family made. But this is about so much more. You cared so deeply for not just the club but the entire community.
"Your endless contribution to Leicester's hospitals and charities will never be forgotten. You went above and beyond in every aspect!
"When you signed me back in 2011 you said to me we would be in the champions league within 6 years and we would do great things. You inspired me and I believed in you. You made me feel nothing was impossible.
"Without you and your family, all this, everything we did together, everything we achieved would never have happened. You gave me experiences that only happen in fantasy. You literally made my dreams come true."
Leicester City star Jamie Vardy paid tribute in a post, tweeting, "Struggling to find the right words... but to me you are legend, an incredible man who had the biggest heart, the soul of Leicester City Football Club."
Richard Scudamore, the Premier League Executive Chairman, paid tribute to the club's chairman in a statement, saying, “Our deepest condolences and heartfelt thoughts go to the Srivaddhanaprabha family and all the relatives and friends of those involved in this tragic accident."
In Asia, Malaysian football club Johor Darul Tai'zim, said in an official statement, "We, representing the whole Johor Darul Tai’zim FC family would like to offer our condolences to the family of the late Mr. Vichai Srivaddhanaprabha, the owner and chairman of King Power International Group and Leicester City FC chairman. May he rest in peace."
Srivaddhanaprabha bought the unheralded central England side in 2010 and went on to stun the world by beating odds of 5,000/1 to win the Premier League title in 2016 in what amounted to a sporting fairy tale. The father of four and founder of duty-free King Power International was a huge favourite with the club’s fans.

— With inputs from Reuters