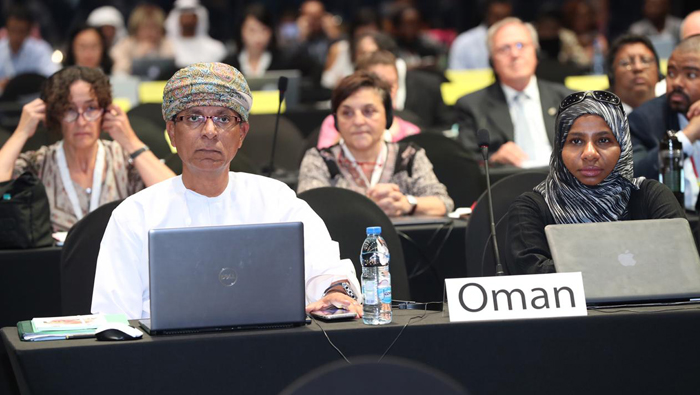 Abu Dhabi: The Sultanate was nominated unopposed for the membership of the Permanent Committee for the Wetland Convention, known as Ramsar Convention, for the period from 2019 to 2021 as a representative of West and Central Asia.
The election came during the 13th session of the member countries at Ramsar Convention, held in Abu Dhabi during 21 - 29 October. The Kingdom of Bhutan was approved as representative for South and Southeast Asia. Japan was also elected as representative of East Asia.
More than 1,000 experts and officials representing 158 Ramsar member countries from around the world took part at the session. Oman joining the Wetland Convention came as per the Royal Decree No. 64/2012 regarding the wetlands of national importance namely Al Qurum Natural Park, located in the heart of Muscat.