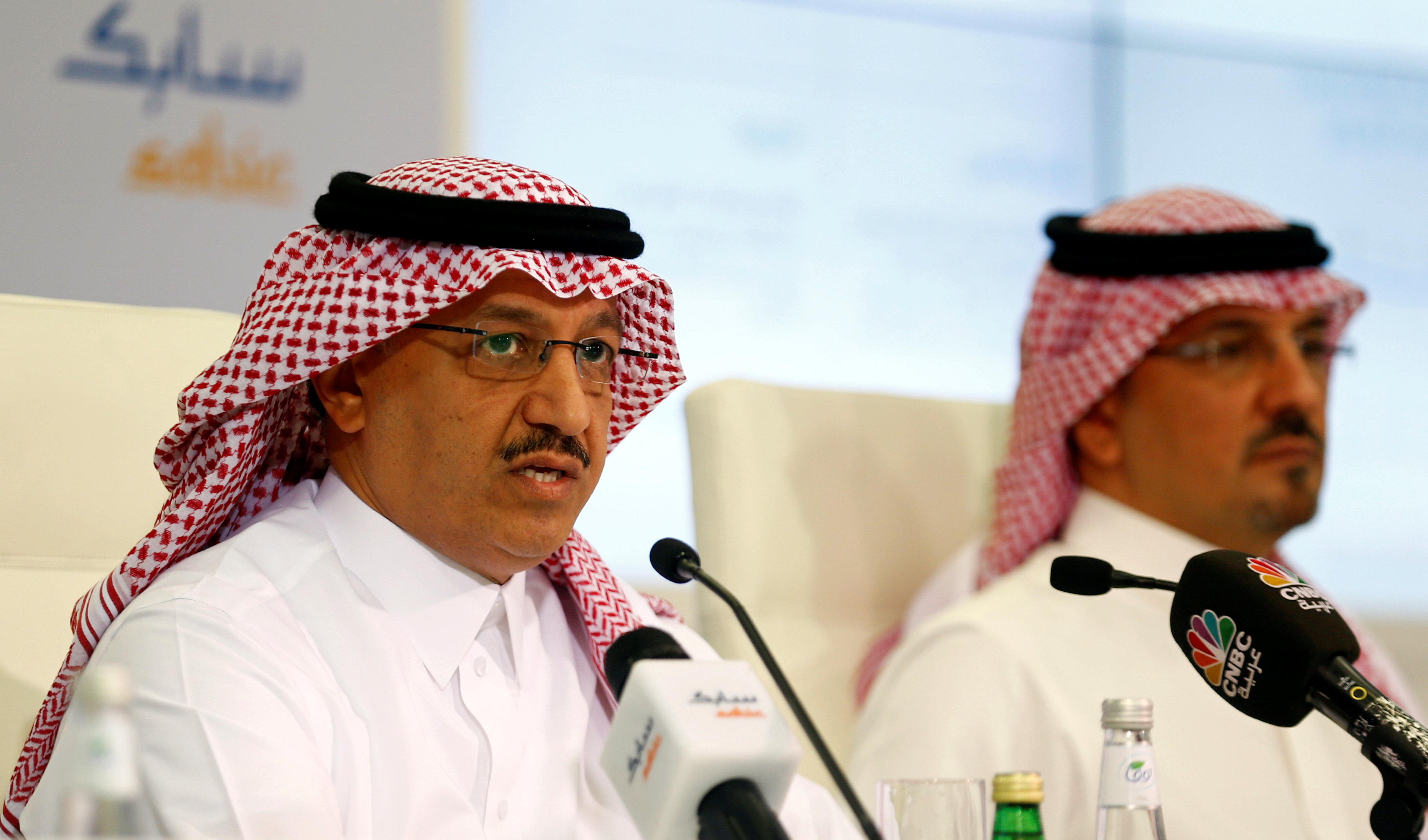 Riyadh: Saudi Basic Industries Corp (Sabic), the world's fourth-biggest petrochemicals company, is evaluating investment opportunities in Africa, China and the United States, underpinned by a positive global economic outlook, its chief executive said on Sunday.
The petrochemical giant reported earlier on Sunday a 5.4 per cent rise in third-quarter net profit citing higher average selling prices and increase in sale volumes.
Yousef Al Benyan told reporters at a press conference that he hoped the next quarter would be positive.
"The global economy is still growing at more than 2.9 per cent and this is an indicator for sustainable growth in the petrochemical industry," he said.
"In Saudi Arabia, the economy is expected to grow 2.2 per cent in 2019 and 2.4 per cent in 2019, so we have a positive outlook," he added.
Sabic made a net profit of 6.1 billion riyals ($1.63 billion) in the three months to Sept. 30, up from 5.8 billion riyals in the year-earlier period, the company said in a bourse statement.
Analysts expected Sabic to make a net profit of around 5.8 billion riyals in the third quarter, according to the average of estimates of three analysts polled by Refinitiv.
To boost growth, Sabic is looking for investment opportunities in Africa, which is a promising market for maintaining sales growth, Benyan said.
He added that the outlook for business in the United States, Asia and China remained positive despite some challenges from high energy prices.
The company's results are closely tied to oil prices and global economic growth because its products - plastics, fertilisers and metals - are used extensively in construction, agriculture, industry and the manufacturing of consumer goods.
Benyan said his company was not being affected by the fallout from the killing of Saudi journalist Jamal Khashoggi and that it trusted the Saudi Arabian government to enure justice will prevail in the investigation into Khashoggi's death.
Saudi national oil giant Saudi Aramco is in talks with the Public Investment Fund to buy its controlling stake in Sabic.
Asked about the deal, Benyan said Sabic had nothing to say at the moment about the deal as it is being discussed between a main shareholder, the Public Investment Fund, and Aramco as a future investor.
Saudi Energy Minister Khalid Al Falih said last week he expected the details of the Sabic deal to be finalised within the first half of 2019, Saudi state TV al-Ekhbariya quoted him as saying.
Benyan said the company has a very strong balance sheet and tries to leverage it as much as possible, but does not have any plans to tap the debt market at this point.