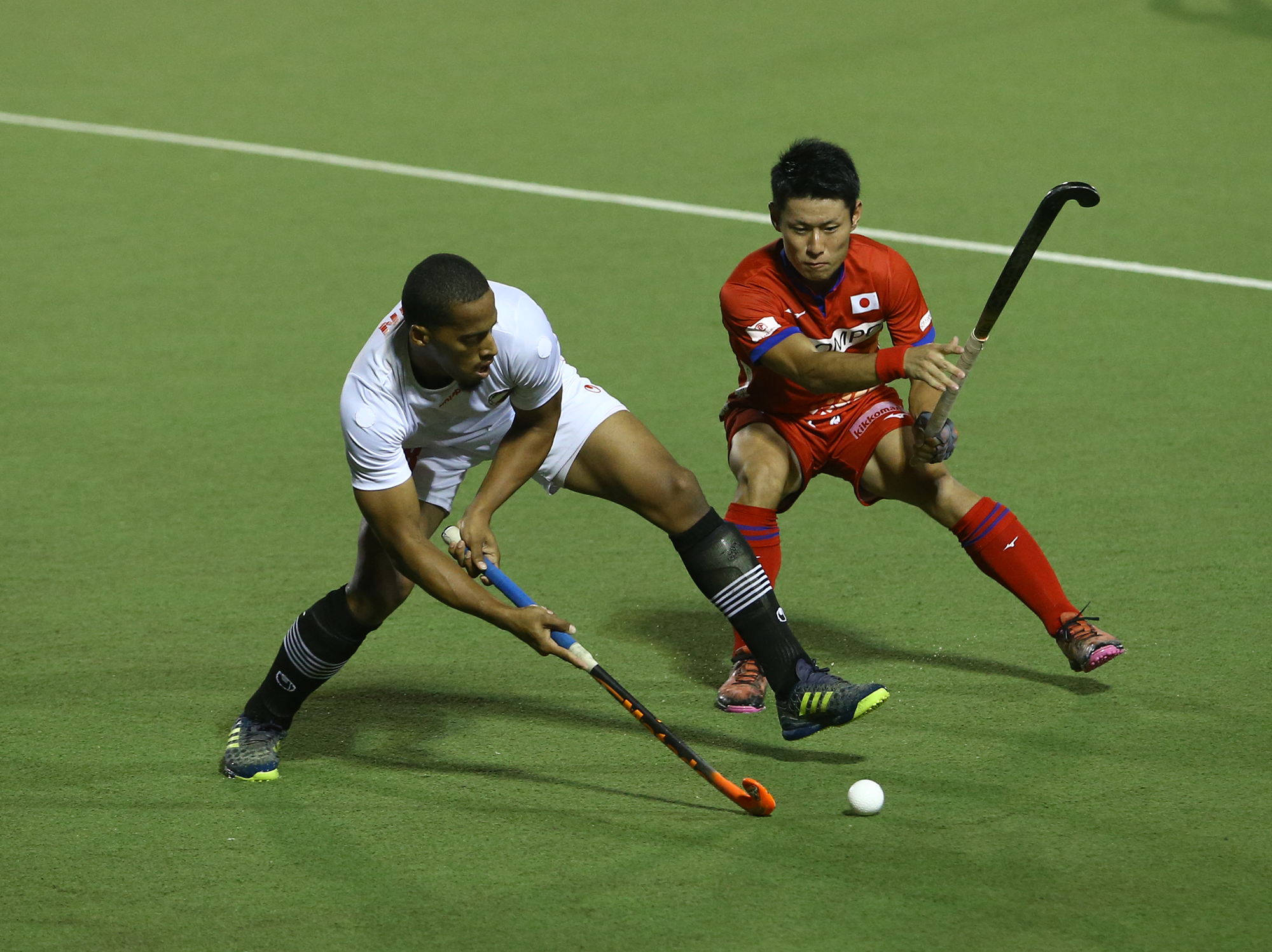 Muscat: India will face Japan and Malaysia will take on Pakistan in the semi-finals of the Asian Champions Trophy hockey tournament currently being played in Muscat.
Pakistan was assured second place after they beat Malaysia 1-0 in their group game. Their semi will be a re-match of this round-robin game. That ended before hosts Oman took on Japan, who finished as champions at the recently-concluded Asian Games that were held in Indonesia.
Both semi-final games will take place at the Sultan Qaboos Sports Complex on Saturday evening, with Malaysia playing Pakistan at 6:55 pm local time, after which India will play Japan at 9:10 pm. The game will be preceded by the match which will decide who finishes fifth in the tournament, and will see Oman play South Korea.
It took a late goal by Mohammed Irfan Jr in the 53rd minute to settle things, after both sides had lost players to yellow cards in what turned out to be an ill-tempered game. Pakistan’s Abu Mahmood had been cautioned as early as the 27rd minute, three minutes after Malaysia’s Nabil Noor had been warned by the referee.
Tajuddin Tengku was sent off with seven minutes of the third quarter remaining, and shortly after the game resumed for the fourth, Muhammad Faisal Qadir was forced to exit the pitch in the 51st minute. With both sides a man down, it was Pakistan who clinched second spot after the Indians, who were enjoying a rest day on Thursday.
Oman were unlucky to concede early when the Japanese took the lead through Koji Yamasaki in the 14th minute. They did remarkably well during the second quarter, with their only blemish being a caution for Rashad Al Fazari in the 23rd minute.
However, the Japanese re-emerged revitalised for the second half of the game, and doubled their lead in the 33rd minute, courtesy of Wataru Matsumoto. Three minutes later, Kazumasa Matsumoto made it 3-0, and the Japanese then added a brace in the final minutes of the third quarter.
Hiromasa Ochiai first scored in stoppage time at the end of the third quarter, and barely a minute later, Hirotaka Zendaka made it 5-0 when he stroked home from a penalty corner. No further goals were scored in the game, and the Japanese ended the game in fourth place in the standings.
With Friday being a rest day for the teams, Japan, who won the Asian Games, will be using that time to bolster their defenses for the India match. The Japanese conceded nine to the current World Cup holders, and with the next edition of the hockey world cup scheduled to begin on 28 November in Bhubaneswar, India, all the teams in the Asian Champions Trophy are using this tournament as a warm-up competition ahead of next month’s showpiece event.