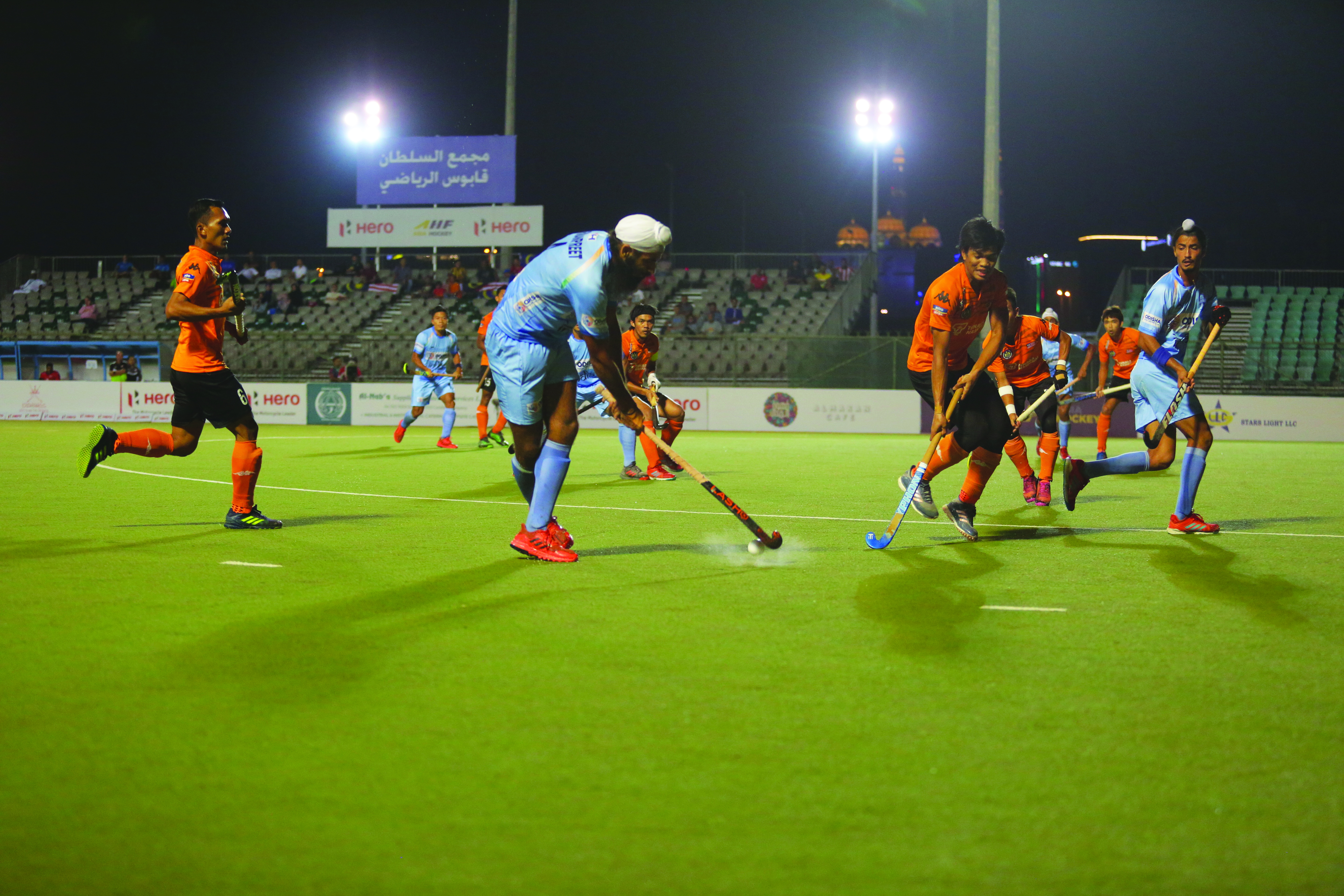 MUSCAT: India who were seeking to revenge their loss to the silver medallists at the Asian Games in Indonesia were held to a goalless draw by Malaysia at the Asian Champions Trophy played Sultan Qaboos Sports Complex, Muscat.
India playing in their familiar colour blue and Malaysia in Orange pushback as the game get underway. Both teams are holding their cards close to their chests as the game warms up.
India get a close look at the Malaysian goal through Dilpreet who fails to connect cleanly.
With 10 minutes on the clock, India are awarded their first penalty corner with Harmanpreet Singh stepping up to take it but the on rushing goalkeeper makes a brilliant save to keep the scoreline 0-0. The first quarter definitely belonged to India as they held sway over Malaysia.
After two goalless quarters, India and Malaysia go into the lemon break with the score at 0-0.
The first 15 minutes saw India have the upper hand but the next was a scrappy affair with no constructive move and repeated loss of ball possession from both sides.
With the start of the second half India’s defenders did well to keep Malaysia at bay by denying them clear entry into the circle, to create any chance of penalty corners, which was India’s downfall at the Asian Games semi-final match in Jakarta.
India still looking to break the deadlock had to settle for another goalless quarter which is actually not offering the fans anything who have come to see the match due to some scrappy play.
As the 4th quarter gets underway India’s forwards start to make a few inroads into the Malaysian box through Mandeep looking for a through ball to Akashdeep misreads Sarri’s move and its intercepted with no addition to the scoreline.
In the 54th minute Malaysia is down to 10 men due to a yellow card but India’s Nilakanta who tries to free his arms see his shot brush the side of the post that is the closest India got to opening their account against Malaysia. India in the 56th minute up the ante a bit only to find the entire Malaysian team resorting to defensive tactics by crowding the box and not giving India a clear opportunity to score. India get one last chance to srike by being awarded a penalty core but Harmanpreet completely misses the ball and Malaysia try to counter but fail to make it count.
Though India were held to a goalless draw by Malaysia they still remain at the top of the table with a better goal difference.