‘Oman’s maritime tradition has helped the spread of Islam’ 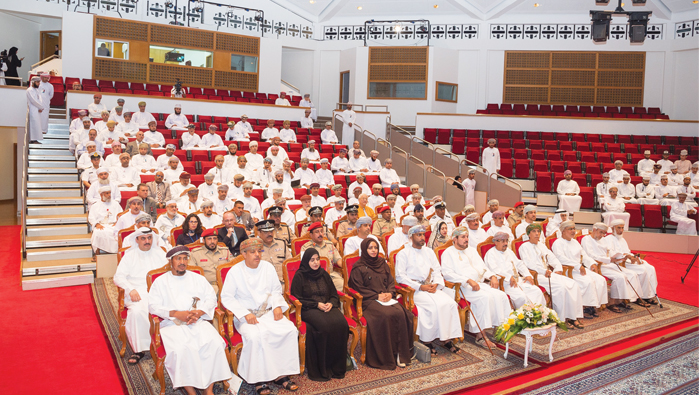 Muscat: The International Conference on Oman’s Maritime Heritage organised by Oman Studies Centre at Sultan Qaboos University (SQU) commenced at the University yesterday under the patronage of Sheikh Hamad bin Hilal Al Ma’amari, Undersecretary of the Ministry of Heritage and Culture for Cultural Affairs.
The three-day conference features 42 working papers covering seven themes.
Dr. Ahmed bin Hamed Al Raba’ani, Director of Oman Studies Centre, Chair of the Conference’s Organising Committee, in his speech, mentioned that Oman occupies distinguished geographic location, which made the country a pioneer in maritime sciences. “This has enabled the Sultanate to establish a deep-rooted maritime heritage, which reflected the extent of advancement and prosperity that the Omanis had achieved in ship-building industry and maritime sciences,” he said.
Dr. Al Raba’ani said that Omanis were able to expand their maritime sovereignty where they crossed with their ships and naval fleets many continents. “This maritime tradition has helped Oman to contribute greatly to the spread of Islam in the lands with which they had contacts. This contributed to enhancing the commercial ties and connections with ancient and modern civilisations, such as Mesopotamia, North and West Africa, China, India and Southeast Asian countries and USA. Despite the peace culture, which had been adopted by Omanis on their travels, they were not deedless to boost their maritime sovereignty and to become a formidable power to defeat their enemies, expel them from the Sultanate and even chase them overseas and extend the Omani influence in the Indian Ocean,” he said.