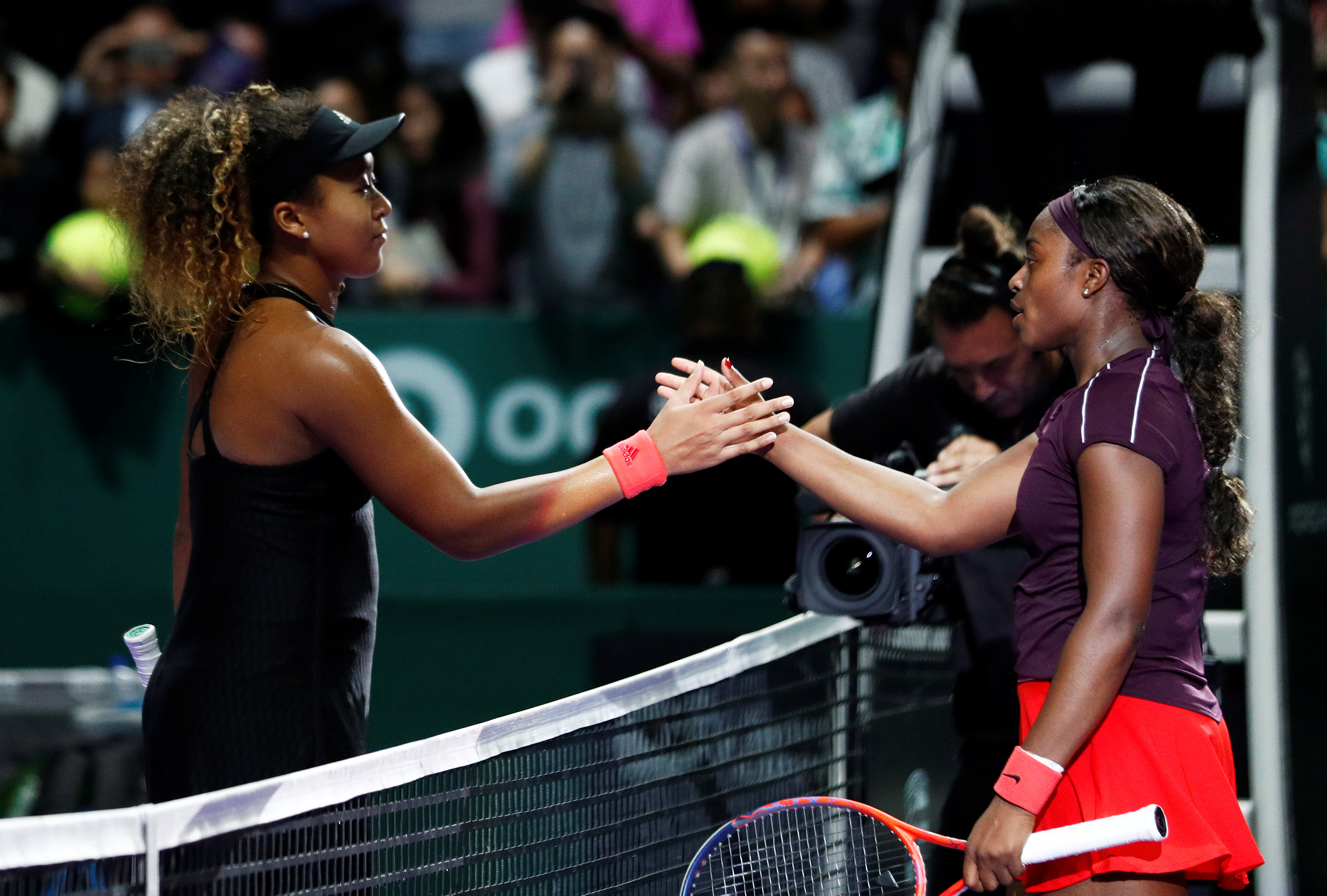 SINGAPORE: A calm Sloane Stephens picked her shots to perfection to overcome Japan's Naomi Osaka in a battle between the last two US Open champions at the WTA Finals on Monday before top seed Angelique Kerber was upset by Kiki Bertens.
Stephens and Osaka are making their debuts at the season-ending event but it was the American who opened Red Group action with a 7-5, 4-6, 6-1 win built on the foundations of solid defence from the baseline and a devastating forehand when she attacked.
"I just competed really well and never gave up," said Stephens. "I knew I would have to play some really good tennis to beat her, stayed tough and tried to stay as positive as I could and took my opportunities when they presented themselves."
In the group's second match, German top seed Angelique Kerber suffered a shock 1-6, 6-3, 6-4 defeat by Kiki Bertens, who confirmed her reputation as a conqueror of leading players.
The Dutchwoman only made it to Singapore when Romanian world number one Simona Halep withdrew through injury but she showed incredible grit and tenacity after falling a set and 2-0 down to fight back for her 11th win over a top-10 player this season.
Earlier, Stephens and Osaka traded early breaks before the contest settled down as they had more success on serve until the American, playing patiently from the baseline, broke again in the seventh game when the Japanese made several unforced errors.
But Osaka is not one to back down and the 21-year-old broke straight back to level at 4-4, thanks to some sublime stroke-making aided by a couple of double-faults from her opponent.
After a solid hold from Stephens, Osaka was struggling to contain her emotions as she found the net or went long with her increasingly erratic backhand and the American secured her third break of the match to move a game away from taking the set.
Stephens was growing in confidence as Osaka battled her emotional demons and the American fittingly sealed the opener on her third set point, when the world number four sent another backhand into the net.
Osaka changed her tactics at the start of the second set, finding success by drawing Stephens into the court and away from her baseline comfort zone to hold far more comfortably, but the American used her potent forehand to stay in touch.
Stephens looked the more composed at that stage, but Osaka dug deep and battled back from 15-40 to hold in the fifth game and came out on top of three breaks of serve to send the contest into a decider when the American double-faulted on set point.
The world number six broke immediately at the start of the third set and after Osaka wasted a chance to level things up when she declined to challenge a call that would have been ruled in her favour, Stephens took command of the match.
A pair of easy holds and an another break took her to 5-1, and the 2017 US Open winner sealed the contest on her second match point when an anguished Osaka double-faulted for the fourth time in the match.
The eight-player event continues on Tuesday with White Group matches pitting Caroline Wozniacki against Petra Kvitova and Elina Svitolina against Karolina Pliskova.