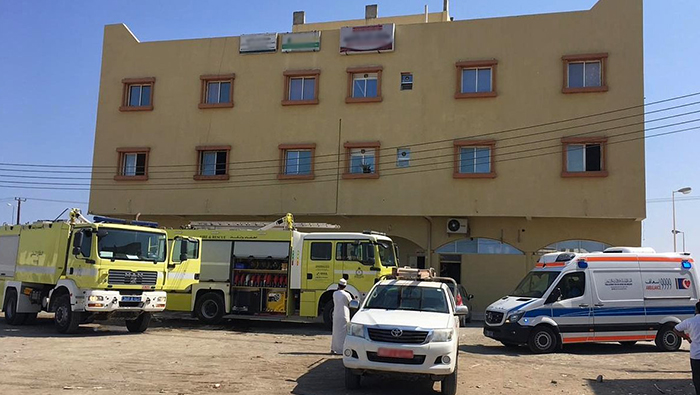 Muscat: Two expat women were rescued by the Public Authority of Civil Defence and Ambulance (PACDA) on Tuesday, after a fire broke out at a manpower recruitment office in Liwa.
According to officials, one of them sustained injuries due to the inhalation of smoke. The cause of the fire is yet to be ascertained.
In an online statement, PACDA said, “Firefighters at PACDA managed to douse a fire that erupted at a manpower recruitment office in the wilayat of Liwa. Two female expat workers who were trapped inside were rescued. One of them sustained injuries as she inhaled smoke caused by the fire and was transported to hospital for further medical treatment."