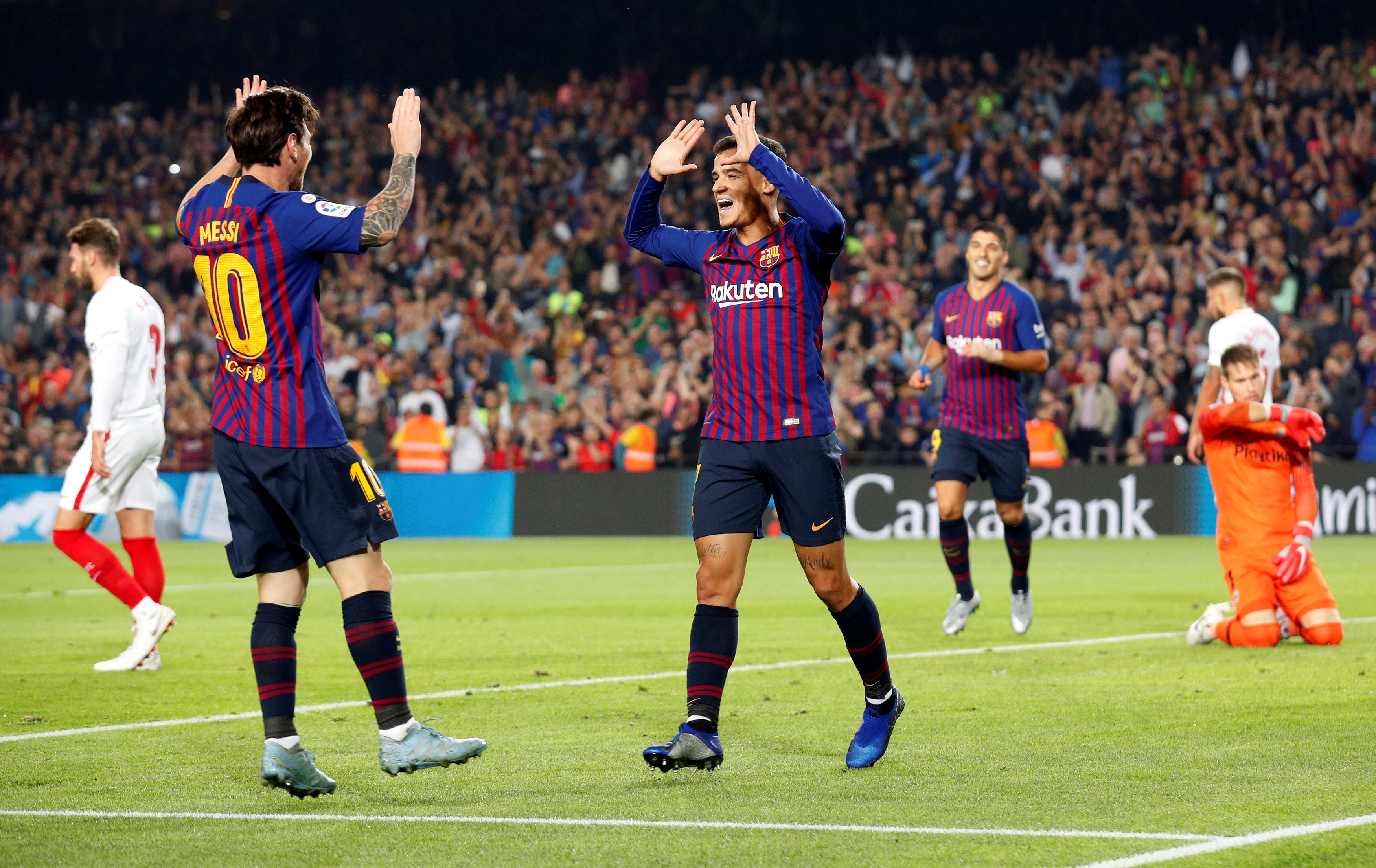 BARCELONA: Barcelona snapped a four-match winless run in La Liga with a 4-2 home victory over title rivals Sevilla on Saturday to reclaim top spot but the triumph was marred by talisman Lionel Messi fracturing his arm and being ruled out for three weeks.
Record signing Philippe Coutinho gave Barca the ideal start by curling a first-time shot into the top corner in the second minute, helped by a clever through ball from Messi.
Sevilla almost struck back instantly when Guilherme Arena hit the post but Messi doubled the lead in the 12th minute with a trademark solo run from deep and a left-footed strike into the far corner as he entered the area.
The Argentine was left badly hurt moments later following a challenge from Franco Vazquez and left the pitch with a bandaged right arm.
A club statement revealed the forward had suffered a fracture, ruling him out of five games in La Liga and the Champions League, most crucially next Sunday's 'Clasico' at home to arch rivals Real Madrid as well as both games against Inter Milan.
"It's a considerable loss," said Barca coach Ernesto Valverde of the injury to his club's all-time top scorer and captain.
"We know what he gives us and what we miss when he is not around. We have to deal with it and we will be prepared. It's clear that we will notice his absence, but we will cope and we have resources, even though we will be facing some very difficult teams."
The Catalans, now on 18 points from nine games and one point clear of Alaves and two of Sevilla, lacked momentum without Messi in the second half and it took a jaw-dropping double save from Marc-Andre ter Stegen to prevent Sevilla from pulling a goal back.
Moments after the German’s heroics, Barca practically killed off the game when Luis Suarez converted from the penalty spot after being tripped by Sevilla’s goalkeeper Tomas Vaclik.
Sevilla midfielder Pablo Sarabia pulled a goal back for the visitors soon after, helped by a heavy deflection from Barca defender Clement Lenglet, only for former Sevilla skipper Ivan Rakitic to score Barca's fourth, declining to celebrate the strike against his former club.
Sevilla substitute Luis Muriel made it 4-2 in stoppage time, after Ter Stegen had made another stunning double save.
Valverde admitted his side had been affected when Messi was forced off.
"I won't deny that it jolted us a bit and we struggled to adapt. We played with 10 men for a while hoping that he would recover. After their goal, we then had difficulties killing the game off."