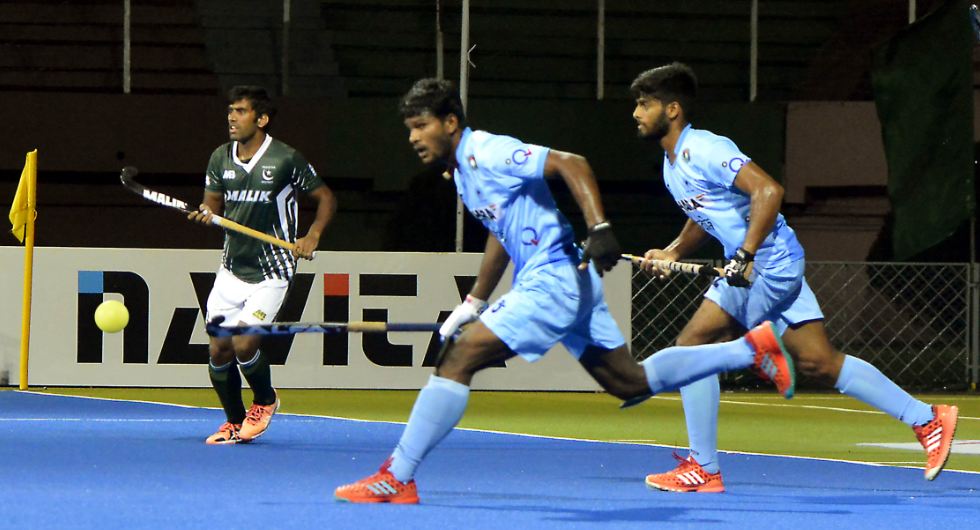 Muscat: India beat Pakistan 3-1 in their opening game of the Asian Champions Trophy here in Muscat at the Sultan Qaboos Sports Complex on Saturday evening.
In a pacey, action-filled encounter, it was Pakistan who took the lead when Muhammad Irfan Jr. scored from a penalty corner rebound when the ball ricocheted off Indian goalkeeper P.R. Sreejesh’s pads.
Following this, it was India’s turn to respond in kind as they increased the tenacity and speed of their attacks. For a while, the Pakistan defenders were able to keep out the World Cup winners, but it was captain Manpreet Singh who forced the equaliser in the 24th minute, following a fine solo run as he ran past three defenders to put the ball past Imran Butt.
He then doubled India’s score in the 31st minute when he got past his marker to create space in the centre and put the ball in the goal’s left corner. Dilpreet Singh cemented India’s victory when he scored in the 42nd minute, after roaring into the box from the right flank.
Goalkeeper Butt had initially blocked the first effort, but Dilpreet was on hand to put the rebound into the back of the net.