Weather update: Rains to continue in Oman until Monday 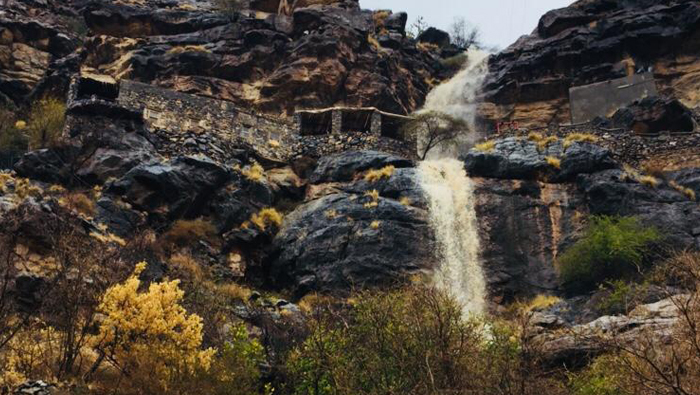 Muscat: Rains lashed northern Oman over the weekend, and are expected to continue until Monday, according to the Public Authority for Civil Aviation.
“The Multi-Hazard Early Warning Centre predicts the continuation of effects, including rain of varying intensities accompanied by thunder and wind, until Monday,” the Authority posted online.
PACA added that most parts of northern Oman, including Muscat, Batinah, Dakhliyah, Dhahirah, and Buraimi governorates, would receive showers, along with Sharqiyah in the south.
Rains will fall “over the governorates of Musandam, Buraimi, Dhahirah, Batinah, Muscat, Dakhiliyah, and Sharqiyah, with a possibility of affects increasing and concentrating over mountains and surrounding areas. Residents are urged to exercise caution, and to consult the warnings (of the relevant authorities),” said the Authority.
According to PACA, rains fell over the northern governorates on Thursday and Friday, with recording stations at Jabal Akhdar and Rustaq seeing the highest amounts of rain. “Jabal Akhdar saw 32 millimetre (mm) and Rustaq saw 26 mm, as registered by recording stations,” the Authority reported.
Moreover, there has been a drop in the temperature in northern Oman due to the rains. Showers, along with the advent of winter, has ensured that the maximum temperature stays well below 40 degrees Celsius.
PACA reported that Ibri was the hottest city on Saturday, recording a maximum temperature of 36 degrees Celsius, while Khasab and Sur were the second hottest cities, seeing mercuries rise to 35 degrees each. Muscat was forecast to see a high of 34 degrees, while Saiq was expected to be the coolest city, with a minimum temperature of 14 degrees, accompanied by thundershowers.