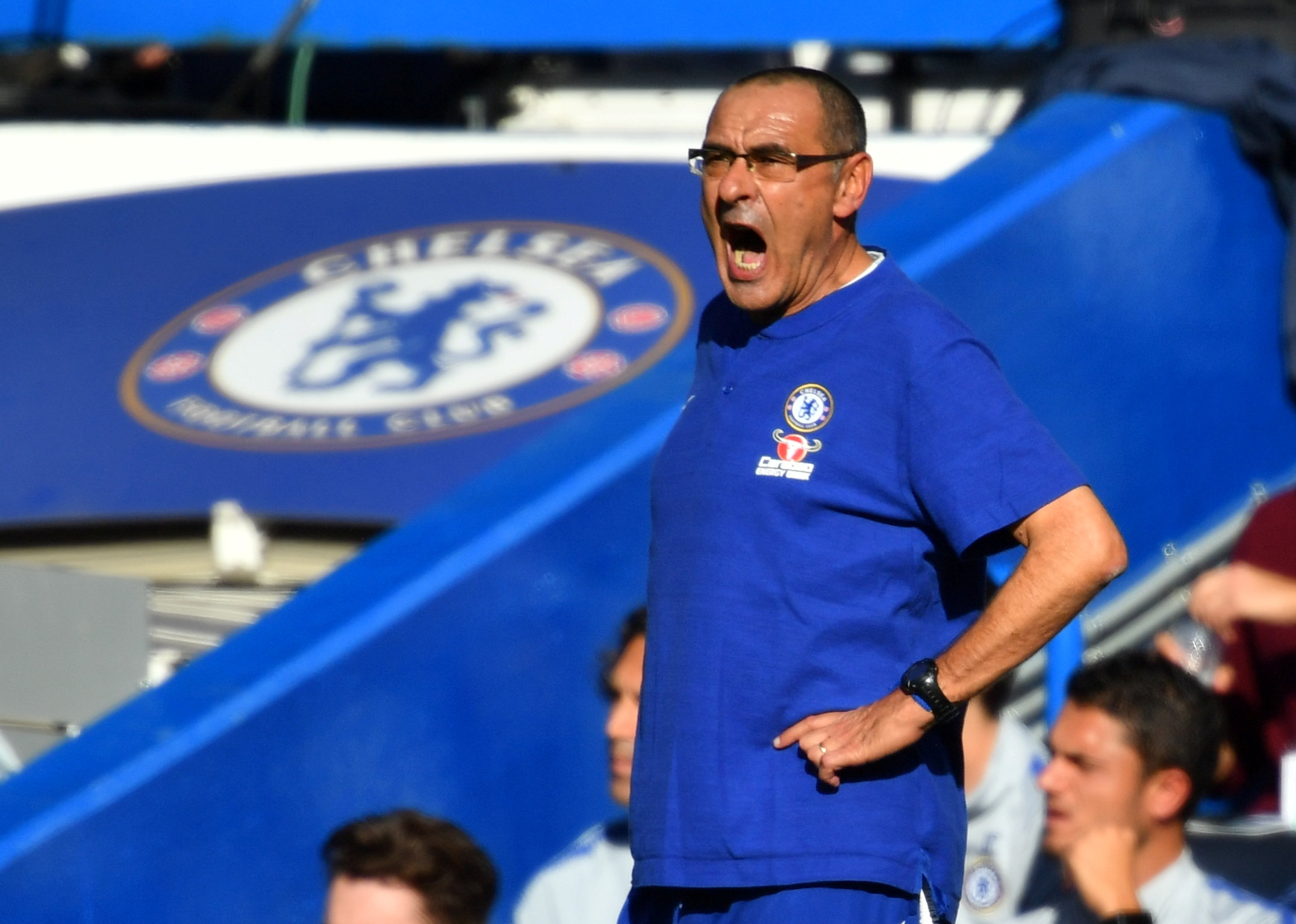 LONDON: Chelsea coach Maurizio Sarri admonished his players for abandoning their gameplan during a heated 2-2 draw with Manchester United in the Premier League at Stamford Bridge on Saturday.
Chelsea had looked completely in charge after they went ahead in the 20th minute through a Toni Rudiger header.
But moments after their goalkeeper Kepa Arrizabalaga had pulled off his first save of the match from former Chelsea midfielder Juan Mata in the 55th minute, United's Anthony Martial smashed in an equaliser and, according to Sarri, Chelsea's tactics went to pieces.
"I am very happy with the performance for 60 minutes because for 60 minutes we played our football," the Italian coach said. "Then after the goal of Martial, we did not play our football." Chelsea's slick passing game gave way to long-ball hoofing tactics while Jose Mourinho's United stepped up a gear and Martial scored again on the break in the 74th.
"For the last minutes United was better than us so I am very disappointed with the last 30 minutes," Sarri, whose side remain unbeaten after Ross Barkley's last-gasp leveller, said.
"They have to play my football with character...I don't want the long ball. I don't want to go for the second ball. I want to play with the short passes."
Sarri, who took over at Chelsea this season, has been praised for promoting an entertaining, swift-passing style that particularly suits top scorer Eden Hazard and his technically gifted team mates.
But they lost their way after United equalised, even if Barkley did preserve their unbeaten league record after David Luiz's header had rebounded off the post.
"At this point of the season one point more or one point less is the same," said the Italian.
"I want to play every game for three points. Today I was happy with the performance for 60 minutes because for 60 minutes we played our football. Then after it was 1-1 we didn't."
The match was always destined to be highly charged and emotional because it involved Mourinho, who won three titles with Chelsea and is under pressure after a disappointing start to the season with Manchester United.
It ended with Mourinho involved in scuffles with one of Sarri's staff but both coaches sought to diffuse the row, Mourinho saying he had accepted an apology and Sarri saying he had also admonished the staff member.
"Of course I want to speak to him again because I want to make sure he's able to understand it was a big mistake," he said. "I will speak to him again tomorrow."