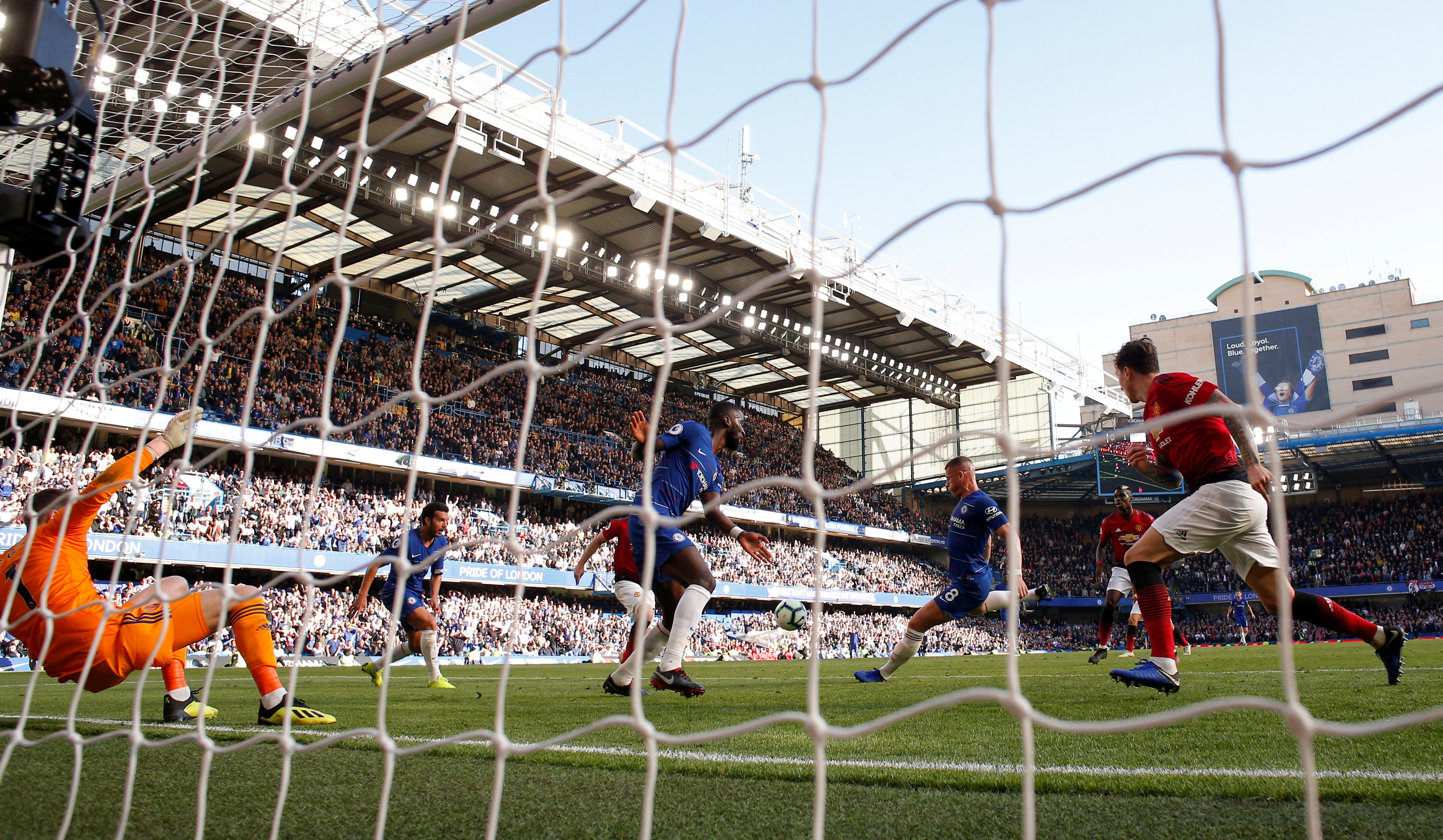 LONDON: An injury time goal from substitute Ross Barkley earned Chelsea a last-gasp 2-2 draw at home to Manchester United in the Premier League on Saturday in a match that ended with United boss Jose Mourinho involved in scuffles.
Two goals from Anthony Martial had appeared to have earned Mourinho's Manchester United a much-needed comeback win after they went 1-0 down in the first half.
Yet Barkley's 96th minute equaliser, which preserved Chelsea's unbeaten record, also prompted drama at pitchside as Marco Ianni, one of Chelsea manager Maurizio Sarri's assistants, appeared to provoke Mourinho with his celebrations.
Mourinho was outraged, rose from his seat and tried to confront Ianni, who appeared to disappear down the tunnel, and the United boss had to be restrained by officials.
Afterwards, Mourinho told Sky Sports that Ianni had apologised to him and he had accepted, while Sarri himself admitted that his assistant had made a big mistake and he had dealt with the issue.
The under-pressure Mourinho, who had looked set to earn a major win on the road until Barkley struck, described the late setback as an "awful" result for his side.
United, who had never won nor even scored a goal under Mourinho at his former club, went behind in the 20th minute when Germany defender Toni Rudiger strode away from marker Paul Pogba and rose to head home a Willian corner.
Chelsea had most possession and looked in control until Martial thumped in the equaliser in the 55th minute against the run of play after Chelsea goalkeeper Kepa Arrizabalaga had kept out a close-range Juan Mata shot.
The goal galvanised the visitors and Martial made it two in the 73rd minute after a fine breakaway move between former Chelsea midfielder Mata and Marcus Rashford.
Diving Saves
At the other end David De Gea was forced into fine diving saves from David Luiz and N'Golo Kante but was powerless as Barkley hammered home after Luiz's header hit the post.
Mourinho, who won three titles with Chelsea, has been touted as the next Premier League managerial sacking after his side's uncertain start to the season but despite United's vastly improved performance, he was left frustrated by the result.
"One point at Stamford Bridge is always a good result because it's so difficult for teams to win here but after the game, the way the game was, it's an awful result for us and a phenomenal result for them.
"The team played very well. And individually in the second half, they raised the bar. The attackers brought the game into a different dimension and the defenders had a solid performace. I'm really pleased with the individuals."
Of the incident involving Ianni, Mourinho said: "I'm not annoyed. His assistant came to me in Sarri's office and apologised to me. I said 'if you really feel it that way, and you want to apologise, of course I accept your apology. Forget it, because I've also made lots of mistakes in my career."
Sarri admitted he was "not happy" with his assistant but said he felt the issue was settled after Ianni had apologised to Mourinho.
"After the match I spoke with Jose. Immediately, I understood that we were wrong," Sarri said. "I then spoke with the member of my staff and brought him to Mourinho to say sorry. I think it is finished."
Asked if he would punish Ianni further, he added: "I don't know at the moment. I want to speak to him again. I have dealt with the situation immediately, of course."