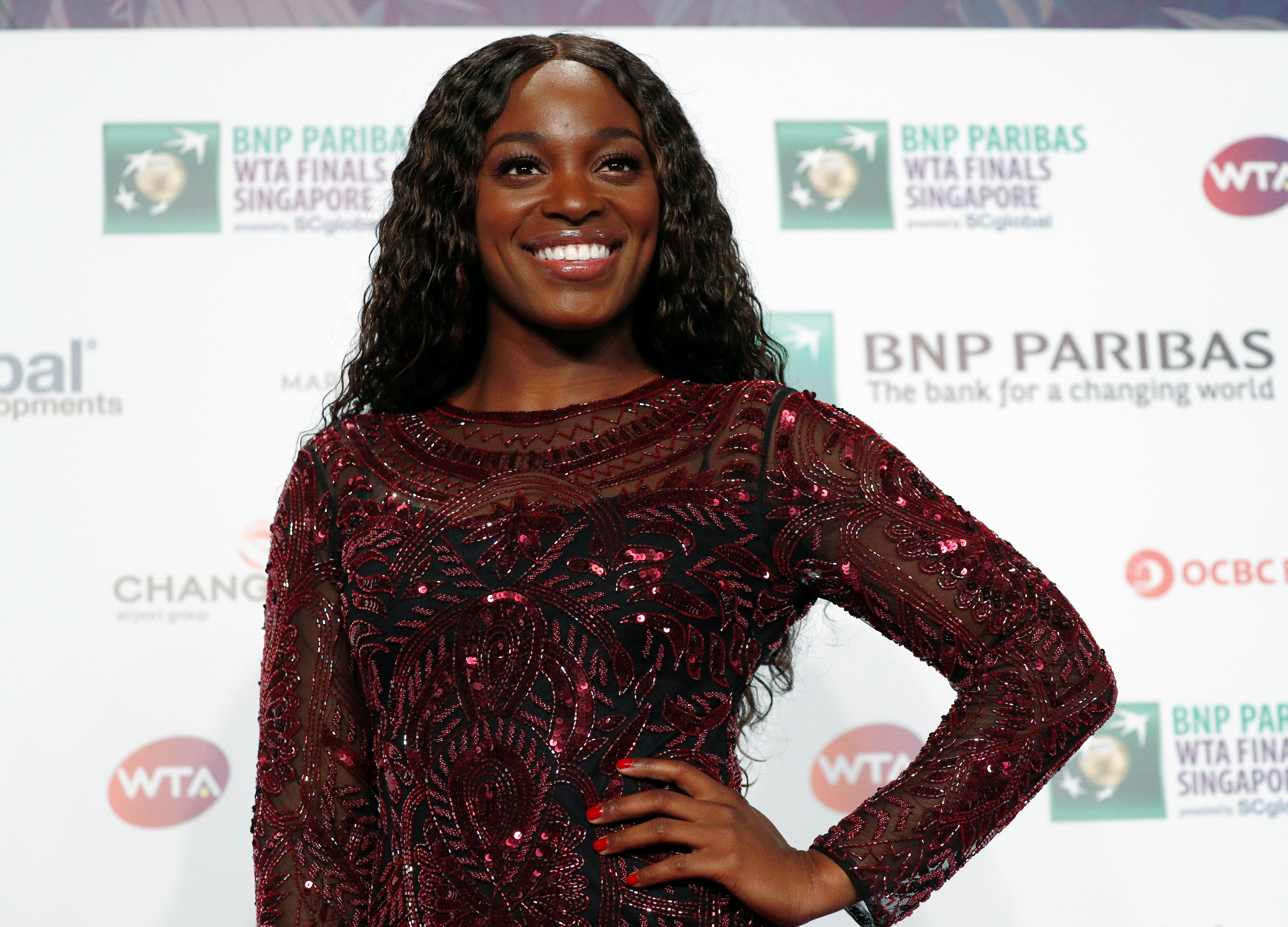 SINGAPORE: One year after shaking off a crippling foot injury to claim a stunning U.S. Open victory, Sloane Stephens said her follow-up season felt just as good as the American prepares to play in next week's WTA Finals for the first time.
Stephens struggled for form in the wake of her triumph at Flushing Meadows in 2017, but rediscovered her touch to claim the Miami Open title in March before losing the French Open final to world number one Simona Halep.
"Well, last year was only, like, three months of tennis. So it was a little bit short. Obviously very overwhelming, winning a Grand Slam after not having played for 11 months. So it was a little bit different," the American told reporters on Saturday.
"Then this year, having a full season of ups and downs and normal travel, being away from home, having great results, not-so-great results, having to grind it out in weeks you don't want to play and things like that makes a lot of difference.
"I think playing the whole year and making it here, I think that's pretty cool. I had some great results, a lot of very high highs and tough lows. I think I managed it well. I guess that's all part of the sport.
"But this year and last year, I'd say both equally as amazing. I'd say this year is just a little bit more emotional because of the amount of tennis I had to play. But equally as happy with both seasons."
World number eight Stephens has been drawn in the Red Group in Singapore alongside Angelique Kerber, Kiki Bertens and this year's U.S. Open winner Naomi Osaka, who she plays first in round robin action on Monday.
Osaka emerged victorious in an emotional final against Serena Williams in New York when the American became embroiled in a controversial row with chair umpire Carlos Ramos after he initially warned her for receiving coaching from the stands.
The fallout from the incident has led to calls, from Williams' coach among others, to allow for coaching during Grand Slam matches as it is already on the WTA Tour, a move Stephens believes would be a positive one.
"Yeah, I think on-court coaching is good. Obviously it can change a match. For one player it can be really, really great, and at the same time you could come on the court with your coach and could lose eight games in a row," the 25-year-old added.
"A lot of coaching does happen from the stands, anyway. Whether it's right, wrong, whatever, I think that coaching is a big part of tennis, and you're out there alone. You know, a lot goes into it behind the scenes, preparation and everything.
"So I think the on-court coaching brings in that aspect of you feel like you're more involved, like, with the player and coach, and I think that kind of like makes it more like a personal type of thing."