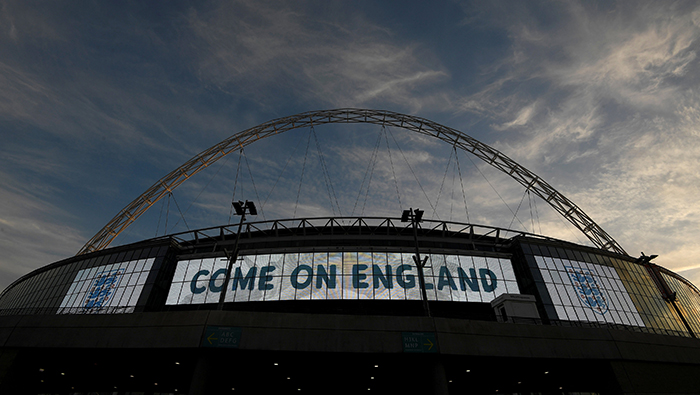 London: Shad Khan, who owns the Jacksonville Jaguars, won't be adding the home of English football to his portfolio.
Khan announced Wednesday that he has abandoned his 600 million pound bid to buy London's Wembley Stadium from the Football Association.
The FA's leadership was due to vote on Khan's proposal next week.
"At this moment, following last week's FA council hearing, it appears there is no definitive mandate to sell Wembley and my current proposal, subsequently, would earn the backing of only a slim majority of the FA Council, well short of the conclusive margin that the FA chairman has required," Khan said in a statement.
"Unfortunately, given where we are today, I've concluded that the outcome of a vote next week would be far from sufficient in expressing the broad support favored by the FA Chairman to sell Wembley Stadium. Until a time when it is evident there is an unmistakable directive from the FA to explore and close a sale, I am respectfully withdrawing my offer to purchase Wembley Stadium."
FA chief executive Martin Glenn said in a statement, "At a recent meeting with Mr. Khan he expressed to us that, without stronger support from within the game, his offer is being seen as more divisive than it was anticipated to be and has decided to withdraw his proposal. Wembley Stadium is an iconic venue that is revered around world and it will continue to thrive under the ownership and direction of The FA."
Khan also owns a London-based Premier League football team, Fulham FC, but he reportedly was not planning to move the club's base to Wembley. The Jaguars have played at Wembley five times since 2013, and they are due to play the defending Super Bowl champion Philadelphia Eagles there on Oct. 28.
In future years, the NFL is scheduled to play four games a year in London, two at Wembley and two at Tottenham Hotspur's under-construction stadium in North London.
Wembley serves as the home of the England national football team as well as playoff rounds of the FA Cup, the League Cup and the Football League.