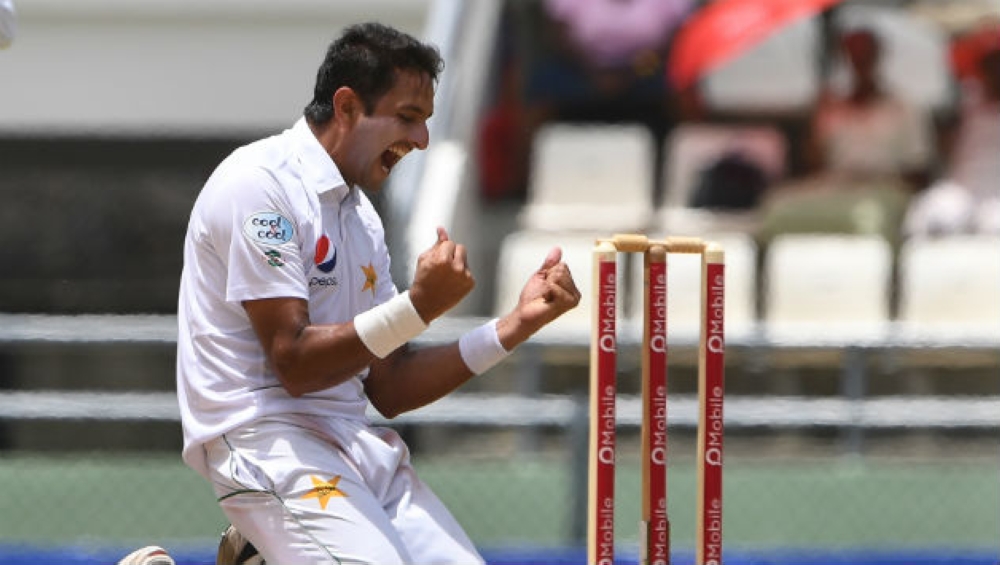 ABU DHABI: Seamer Mohammad Abbas ripped through Australia's batting order, claiming a career best five wickets for 33, before Fakhar Zaman and Azhar Ali scored half-centuries to help Pakistan take control of the second and final test in Abu Dhabi on Wednesday.
Having dismissed Australia for a paltry 145 in their first innings, Pakistan stretched their lead to a daunting 281 by stumps on day two with Zaman's 66 and an unbeaten 54 by Ali taking them to 144-2.
After Mohammad Hafeez fell for six off the bowling of Mitchell Starc, opener Zaman picked up from where he left off in the first innings, smashing seven boundaries en route to his second half-century of the match.
However, the 28-year-old fell when his flat drive off Nathan Lyon was plucked out of the air by the bowler. Ali was joined at the crease by Haris Sohail and the pair ensured Pakistan did not give their rivals any more joy.
Earlier, Abbas produced a deadly spell of pace bowling in the morning as Australia were reduced to 91-7 at lunch.
Resuming on 20-2, Australia batsman Aaron Finch and Shaun Marsh struggled to cope with the moving ball as Abbas and Mir Hamza choked the scoring rate in the opening hour.
Abbas, who removed in-form opener Usman Khawaja and nightwatchman Peter Siddle on the first day, grabbed his third wicket when he dismissed Marsh for three after he edged a delivery to Haris Sohail at first slip.
The 28-year-old right-arm quick tested Finch with some sharp inswingers but it was his partner Travis Head (14) who cracked under pressure, gifting a catch to Asad Shafiq to leave Australia reeling at 56-4.
Mitchell Marsh came in with a positive mindset and added 13 runs before he edged one from Yasir Shah to Shafiq.
Finch soon followed Marsh back to the pavilion when he gloved to short leg for 39, handing off-spinner Bilal Asif his first breakthrough of the match.
Four overs later, Asif trapped Australian captain Tim Paine leg before for three. Marnus Labuschagne was run out after the lunch break and Nathan Lyon soon followed him.
Starc smashed two sixes but was dismissed lbw by Abbas for 34, with the bowler claiming his fifth wicket of the innings.
With the momentum going their way, Pakistan look set to deny Australia a first series win in Asia since 2011.
Paine's side sealed a battling draw in the first test.