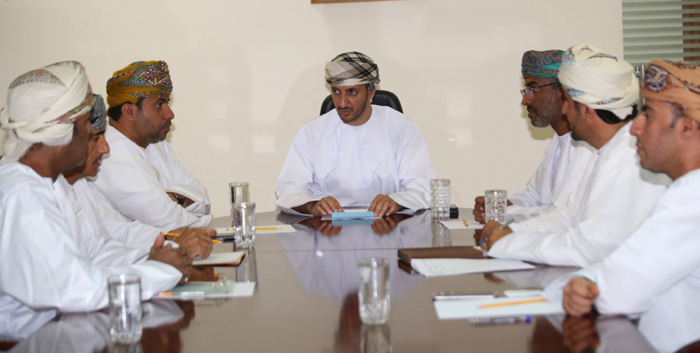 MUSCAT: Sayyid Munthir bin Saif Al Busaidi, Chairman of Oman Equestrian Federation (OEF) affirmed that the Federation has completed all preparations for the 2018/2019 season by adopting its schedule of various competitions for Olympic sports, horse showjumping, horse racing and international competitions, in addition to traditional horseback riding, locally known as "Ardha". 62 competitions for this season will be distributed in different governorates and wilayats of the Sultanate.
Sayyid Munthir said that horse showjumping is one of the Olympic sports that receives most attention of the Federation through setting up a field of international standards dedicated to this type of sport in Al Rahba Farm.
The total number of competitions stood at 26 competitions, including two major prizes, in addition to the shield of the Ministry of Sports Affairs and the end of the season award.
Twelve competitions of the 26 mentioned competitions, organised by the Federation, will be held in Al Rahba Farm. The remaining 14 competitions, organised by the Olympic Centre for Equestrian Training under the supervision of the Federation, will be held in the Olympic Center for Equestrian Training starting from October 25, 2018.
The OEF Chairman added that dressage, which is considered an Olympic sport, has a number of practitioners and interested people, especially in the government cavalry units. Six competitions will be held at Al Rahba Farm, which is the same field for horse showjumping sport starting from December 4, 2018.
He further said that endurance sport enjoyed a wide public interest during the past seasons. Ten 10 competitions in different distances and categories at the local and international levels will be held.
A special competition for citizens of the Governorate of Dhofar will held on October 20 as rehabilitation race extending from 40km and 80km as the second competition during the season.
He explained that the first competition was held two weeks ago on October 4 as a qualifying competition for 40km and 80km Endurance Village in the Wilayat of Barka. The third competition will be held as a qualification contest for 40 and 80km on October 26, 2018.
Sayyid Munthir said that tent pegging sport is one of the international sports, which the Federation has many hopes and aspirations in achieving honourable results through the upcoming competitions that await the OEF, particularly the World Tent Pegging Cup, which will be hosted by the UAE capital Abu Dhabi with participation of many countries across the world. Oman national team managed to qualify for the world event.
The OEF Chairman added that the tent pegging competitions of this season amounted to 12, including the Elite Cup and the Grand Prize, in addition to the end of the season award. The competitions will be held at Al Rahba Farm in Barka, starting from November 27, 2018.
As for the traditional horseback riding locally known as "Ardha", Sayyid Munthir said that OEF will organise 8 events for this unique traditional sport as the first one will be held in the Wilayat of Liwa in the Governorate of North Al Batinah on November 30, 2018 whereas the second competition will be in the Wilayat of Ja'alan Bani Bu Ali in the Governorate of South A'Sharqiyah on December 14, 2018.
Ja'alan Bani Bu Hassan will host the third Ardha on January 4, 2019, Al Khabourah will host the fourth one on January 25, 2019, Adam will host the fifth Ardha on February 15, 2019, Sur will host the sixth one on March 1, 2019, Al Kamil Wal Wafi to host the seventh Ardha on March 15, 2019 and the final Ardha will be hosted by Sinaw in the Wilayat of Al Mudhaibi on April 12, 2019.