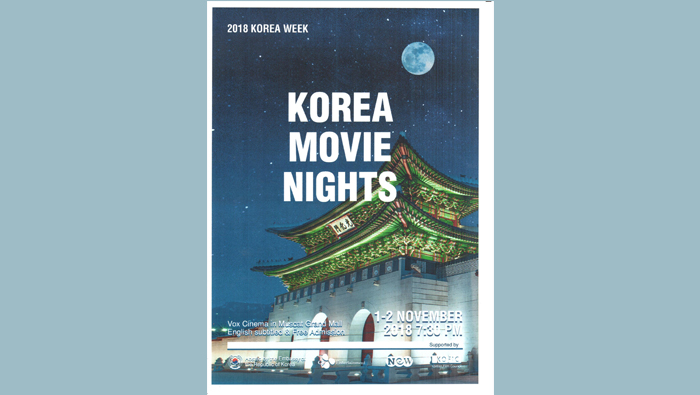 Muscat: Omanis and expats will be able to enjoy a unique mixture of Korea’s traditional and modern heritage at the recently announced Korea Cultural Festival.
To be held from October 31 to November 2, the festival will include the two-day “Korea Movie Nights” and “Korea Music and Dance Night”.
The festival will begin with the Korea Music and Dance Night on October 31 and feature traditional live performances by Mokkoji, a dance ensemble based in Seoul, South Korea.
Meanwhile, movie-lovers at the Vox Cinema in Muscat Grand Mall will be treated to two free screenings on November 1 and 2.
Audiences will have a chance to view the award-winning zombie-horror film, Train to Busan, and the historic drama, The Map Against the World. Directed by Yeon Sang-ho, Train to Busan follows a group of passengers on a bullet train, who have been forced to fight their way through a countrywide zombie epidemic.
The movie has enjoyed critical acclaim since its initial release in 2016, winning over half a dozen local, regional and international awards.
In The Map Against The World, audiences will be given a glimpse of Korea’s historic past.
The movie follows the journey of cartographer Kim Jeong-Ho, renowned for creating the “Daedongyeojido”, a large-scale map of Korea considered the most advanced of its time.
Based on the novel, “Ko San Ja”, by Park Bum-shin, the movie also features numerous breathtaking shots of Korea including shots of Cheonji, the highest crater lake at Mount Baekdu and Mount Hwangmae located in Hapcheon County, South Gyeongsang.