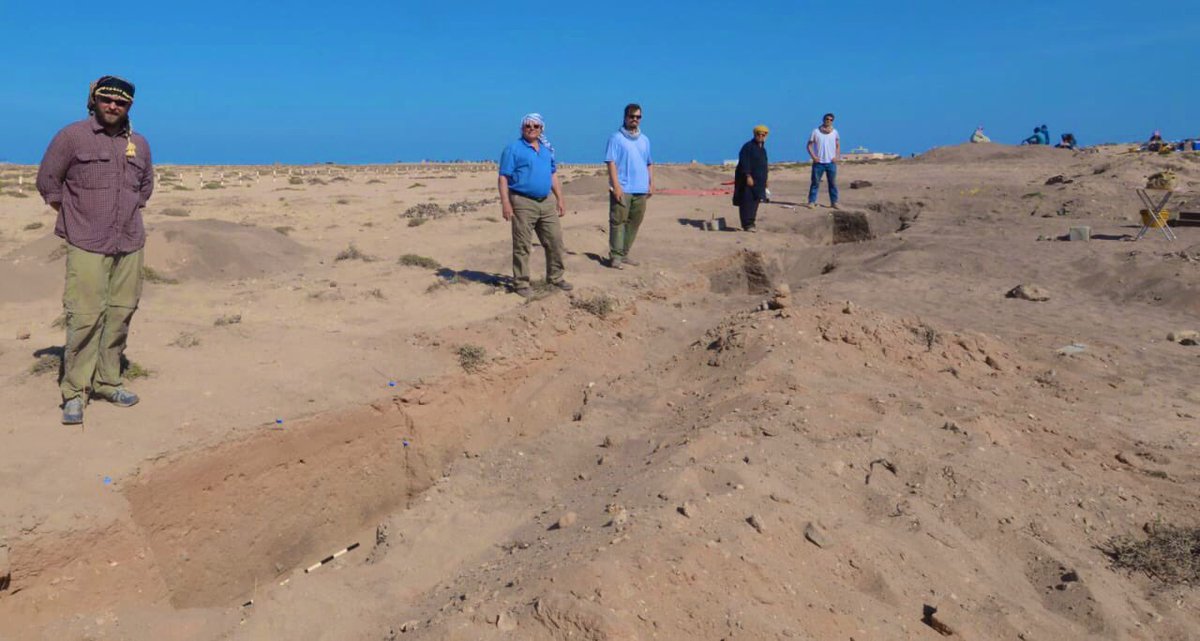 Muscat: Pieces of pottery dating back to the Harappa civilisation been found at Ras Al Hadd in Oman, in a joint archaeological excavation organised by the Ministry of Heritage and Culture.
The shards of pottery that were found date back to the 3rd millennium BC, and explorers also found tools and stone stoves that were used for cooking, in addition to collections of beads used to craft necklaces and other jewellery.
Organised in collaboration with a joint Italian-American excavation team from the University of Bologna in Italy and the US-based University of Wisconsin, archaeologists were able to unearth many pieces of pottery that showed them how people lived during that era.
**media[986544]**
A spokesman from the ministry said, “These date back to the Harappa civilisation in the Indus valley. In addition to finding beads and tools, the team also found many stoves made of stone. These archaeological discoveries at this site demonstrate the depth of commercial and cultural relations between the inhabitants of the civilisation of Majan and the Indus Valley civilisation in the third millennium BC.”
These pieces of pottery are among the latest discoveries to be unearthed at Ras Al Hadd. 5,000 year old baskets, ropes and nets that were used by the people of the area to go about their daily livelihoods were previously discovered in this area as well. These date back to the early Bronze Age, between 3,100 BC and 2,400 BC.
**media[986547]**
“Inside the houses of an Early Bronze Age settlement at Ra’s al-Hadd, archaeologists have discovered fossilised imprints of baskets, ropes and nets,” said a spokesperson for the National Museum. “The perishable organic materials originally used to produce these objects have been slowly replaced by concretions of calcium carbonate over thousands of years. This find has provided a rare glimpse of materials and techniques used in the local manufacture of such everyday crafts objects in prehistoric times.”
In addition, the museum also houses a Portuguese cannon, known as a falconet, which dates back to the 17th century, and was forged in an artillery foundry in 1643 in the Portuguese colony of Macao, by Manuel Tavares Bocarro, one of the most famed weapon smiths of that era.
**media[986548]**
The National Museum has also donated ancient Omani treasures – such as an antique frankincense burner and a jar of silver coins, which date back to the year 750 AD – to the Louvre Abu Dhabi museum, where they are housed as part of its permanent collection.
Founded during the Bronze Age, the Harappa Civilisation was considered to be one of the greatest civilisations of its time, and is located in the modern-day Sahiwal District of the Punjab province of Pakistan, as well as several other sites in India to the north, south and east.
As early as 1826, Harappa, which was then located in the Punjab province of British India, attracted attention by archaeologists and military officers who first discovered the site.