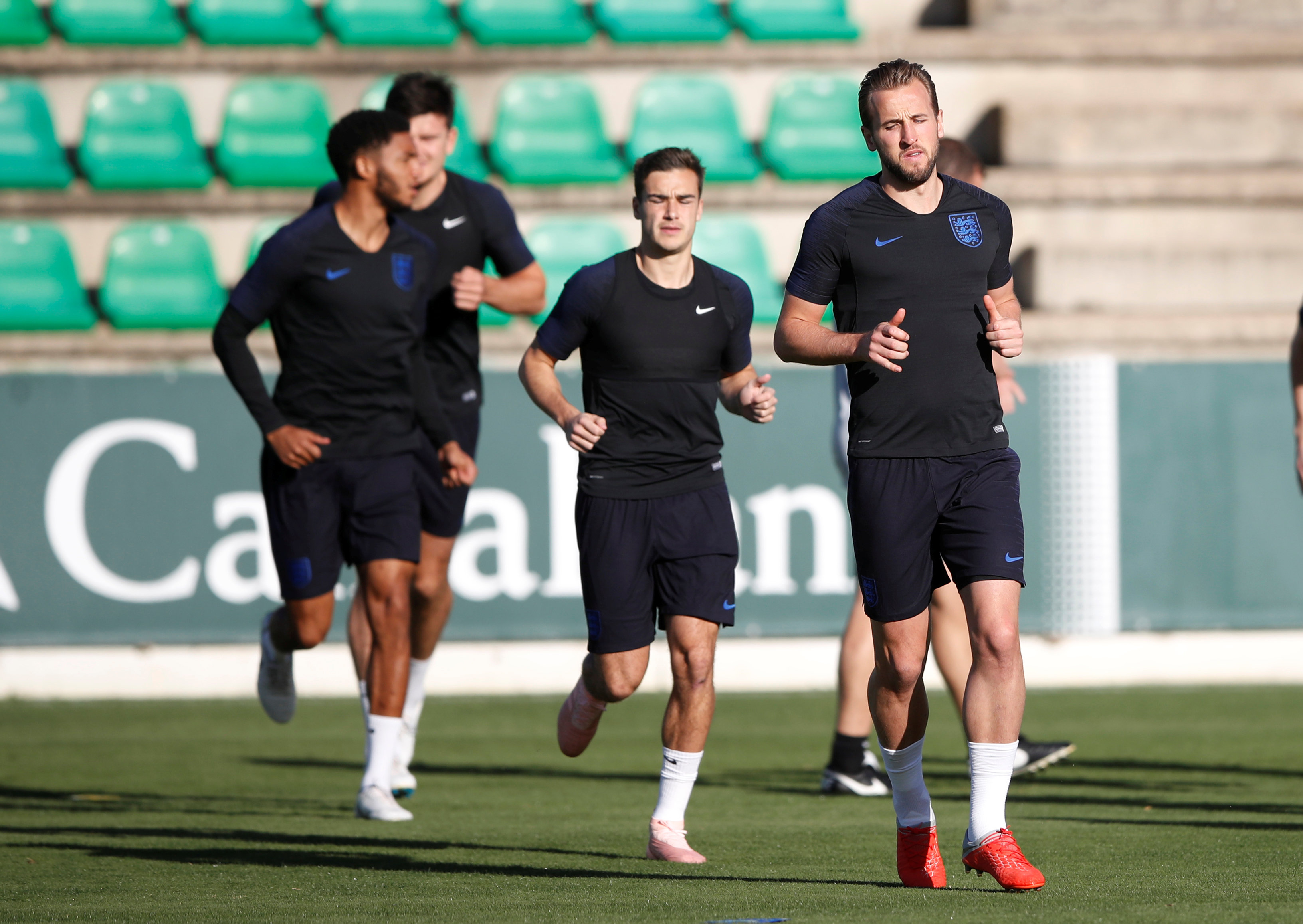 LONDON: Harry Kane admitted England are not on the same level as pass masters Spain ahead of their Nations League encounter on Monday, as he batted away doubts about his own potency since winning the World Cup's Golden Boot in July.
"We're not quite there in the way they keep the ball," said Kane of opponents, who have scored 10 goals in their past two games.
"We've got different qualities. We've got great pace in the team, great one-against-one ability, and that's what we've got to try to exploit when we play them.
"It will be a tough game, but these are the experiences you want to be in."
England have just one point from their opening two games in Group 4 and lost to Spain 2-1 at Wembley earlier this month when Saul Niguez and Rodrigo scored to cancel out Marcus Rashford's opener.
England's captain has faced criticism after scoring six times in 13 games for club and country since the summer, sometimes struggling to reproduce the form that made him one of Europe's most lethal strikers with six goals at the World Cup.
Another blank in Seville on Monday would mean seven successive games without a goal for England -- the longest barren run of his international career -- although his five Premier League goals for Tottenham make him second top scorer behind Chelsea's Eden Hazard.
"It's been tough after the World Cup, not getting much rest, but I think I've dealt with it well," said Kane.
"I've stayed fit and stayed healthy. That was my main priority at the start of the season. Now it's building on that and pushing forward over the winter.
"I set a standard for myself and I want to reach that standard every game I play. I don't think my game has dipped."
The 25-year-old touched the ball just once in Croatia's penalty area during last Friday's drab goalless draw in Rijeka although he did hit the post with one effort.
He has been accused of dropping too deep for Spurs and England this season, sometimes appearing isolated as attacks foundered around him.
"I'd like to have scored more for England recently but, as a striker, you go through spells where maybe it goes off the bar, whereas other times it comes off your heel and goes in the back of the net like in the World Cup," he said.
The trouble is England do not have many alternatives. Rashford missed two one-on-one chances against Croatia last Friday and Jamie Vardy, Kane's World Cup understudy, has since retired from international football. Liverpool's Jordan Henderson and Manchester City's John Stones are both suspended for Monday's game, which means probable starts for Spurs' Harry Winks and Liverpool's Joe Gomez, who missed the World Cup through injury.