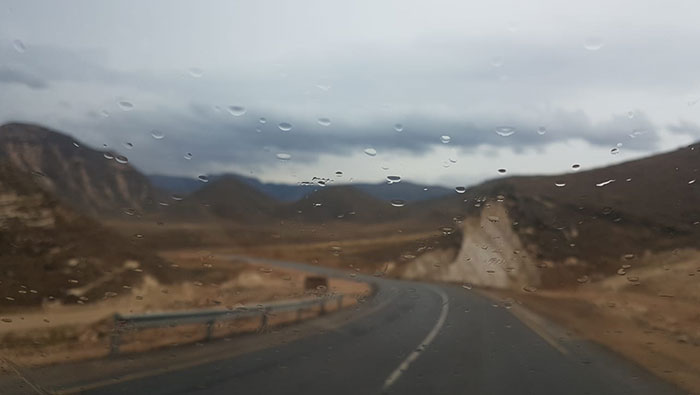 Muscat: Dhofar will continue to receive heavy rainfall until at least tomorrow, the Public Authority for Civil Aviation has announced in its latest storm warning.
According to the newest update, the centre of the storm is 240 km from Salalah and the wind speed around the centre is 45-55 knots. The storm continues to move westwards towards Yemen, near the coast of Dhofar.
Due to predicted heavy rains accompanied by high winds and runoff of the wadis in Dhofar, citizens and residents have been warned against crossing wadis and have been asked to avoid low lying areas.
Data also revealed that heavy rainfall and occasional thundershower is likely to affect the governorate of Dhofar tomorrow, Sunday, with fresh winds of 30-45 knots, and gusts or gale winds along the mountains. The sea will continue to be rough with a maximum wave height of 6-8 meter.
Authorities have also warned people not to enter the sea during this period, and to follow warnings issued by the body.
There are chances of an indirect impact on southern parts of the Al Wusta governorate, that will receive scattered rain and occasional heavy rainfall, in addition to fresh winds of 25 to 20 knots until tomorrow.