Israel, Syria to reopen Golan crossing: US envoy to UN 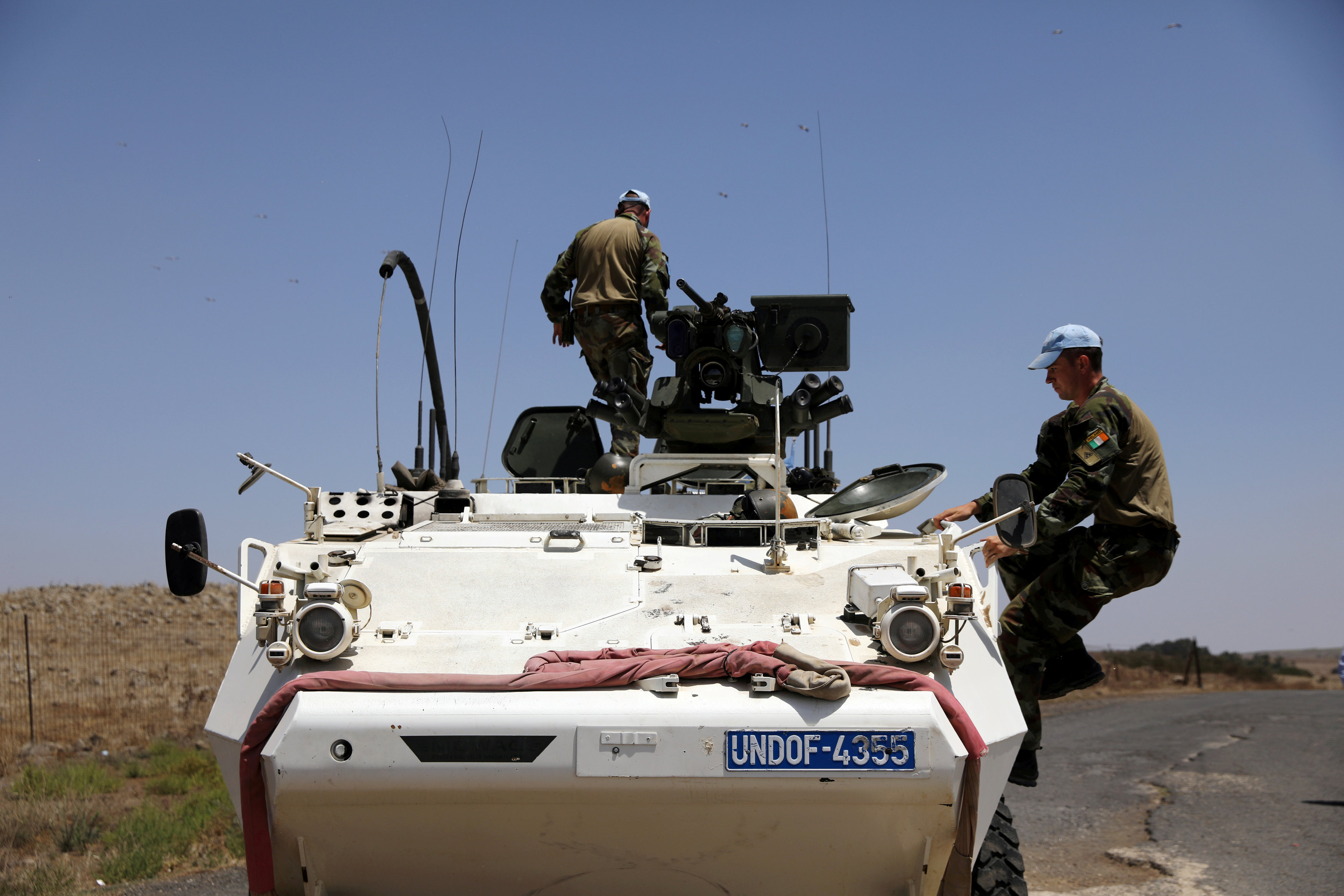 UNITED NATIONS: Israel, Syria and the United Nations have agreed to open the Quneitra crossing in the Golan Heights on Monday, U.S. Ambassador to the United Nations Nikki Haley said on Friday.
Haley said in a statement that the opening "will allow U.N. peacekeepers to step up their efforts to prevent hostilities in the Golan Heights region."
The United Nations Disengagement Observer Force (UNDOF) has been monitoring operations in a demilitarized zone established in 1974 between the Israeli-occupied Golan and the Syrian sector, but the peacekeeping mission was disrupted by Syria's civil war.
Israel captured the Golan Heights in the 1967 Middle East war and fought Syria again on the strategic plateau in a 1973 conflict.
"We look to both Israel and Syria to provide U.N. peacekeepers the access they need as well as assurances of their safety. We also call on Syria to take the necessary steps so UNDOF can safely and effectively deploy and patrol without interference," Haley said.
Military police from Russia, a major ally of Syrian President Bashar al-Assad, have been patrolling on the Syrian side of Quneitra.
Israeli Defence Minister Avigdor Lieberman visited the Israeli side of the crossing on Sept. 27. He said then that in the past, traffic through Quneitra mainly comprised shipments into Syria of apples grown by Druze farmers on the Israeli-controlled Golan - and the entry of brides for partners on both sides of the armistice line.