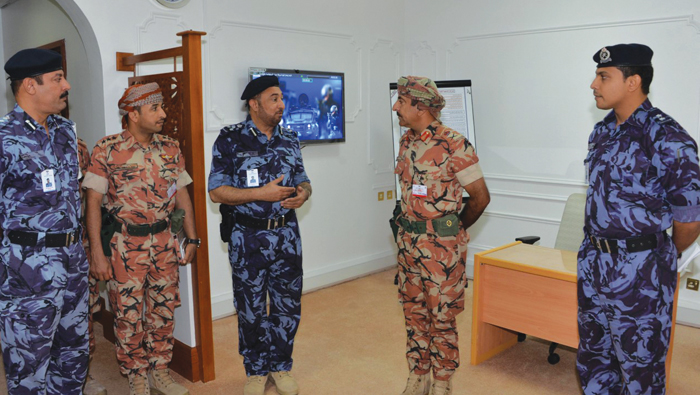 Muscat: Major General Matar bin Salim Al Balushi, Commander of the Royal Army of Oman (RAO) who is also the commander of the joint forces of Al Shomoukh 2 and Swift Sword 3 exercises, paid a field visit to the ROP Command Centre and the National Civil Defence Committee taking part in the two exercises on Saturday.
During the visit, the RAO Commander and senior officers were briefed on the duties, tasks and achievements of the two commands taking part in the exercises.
On the conclusion of his visit, RAO Commander praised the efforts of the two commands in achieving the targeted goals. Saif Sareea 3 will be the largest joint military exercise of 2018 for both Oman and the UK which will feature thousands of challenges for the military.