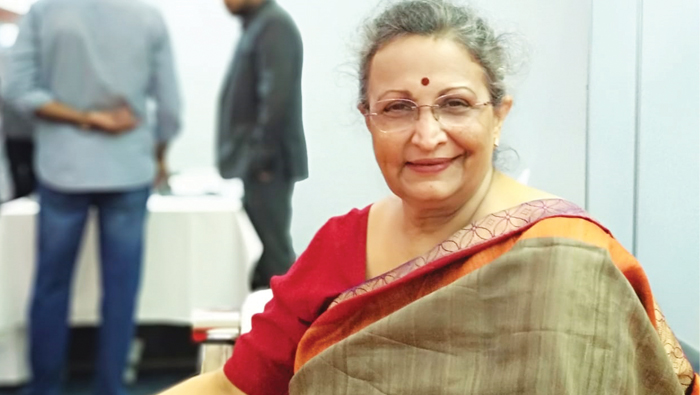 Muscat: There is optimism that more Indians from Oman and the Gulf region will purchase housing in India, HDFC representatives said.
HDFC Limited managing director (MD) Renu Sud-Karnad made the remarks in an exclusive interview to Times of Oman during a housing expo in Muscat on Friday. HDFC is known for providing housing loans.
Sud-Karnad disclosed that as many as 24 real estate developers, each with multiple projects, had participated in the housing expo, adding that housing projects in many Indian cities were for sale.
Sud-Karnad added that HDFC was willing to provide loans for Indian expats wishing to buy any of the available properties.
Moreover, the Omani rial will bring Indian expats just over Rs191, which is one of the highest exchange rates of all time. Observers have said that this could spur some people to purchase houses in India.
“If an Indian person who has been living here wants to look for a house back home, he doesn’t know where to begin. So, we decided, why not take developers who we feel comfortable with, who we have some relationship with, and come here.
“The purpose was to get Indian expats to be able to look at the variety, the prices and, most importantly, it gives you an idea as to what you can buy. Obviously, no one will buy a house by just looking at a picture, but it will give you a starting point.
“In the last three or four years there has been a correction of 10 to 15 per cent and prices are lower. So, now is the time to buy. People have moved on from the wait-and-watch mode,” Sud-Karnad said.
“Another idea was for HDFC to bring these developers here and give this exercise an air of credibility. Our office in Oman provides the necessary advisory services for this. We do provide loans, but in our Kochin office, where they are rupee loans.
“There are some 24 developers. Each of them have multiple projects and the number of units being displayed here run into a few thousand. There are projects in Bangalore, Mumbai, Delhi, Hyderabad, and more places,” she added.
“Many Indians in Gulf Co-operation Council (GCC) countries are interested in making their nest egg here and buying a home back in India. So, the prospects are good,” she noted.
‘Book now, buy later’
Sud-Karnad added that potential buyers could book a property they are interested in and have a look at it when they go back home.
“If you are interested, the builders can take your details. In some cases, people pay a down payment of five per cent. And when people go back to India during the holidays, they can see the place for themselves and make the rest of the payment. Most of these projects take three to five years,” she said.
She added that getting a house in India had become easier because of certain policy changes.
“The setting up of the real estate regulator was a good thing. Earlier, when Indians abroad booked a house, they found that it took longer than expected. But now, there is a registration number under the real estate regulation act. That shows whether the builder has all the permissions and makes it more transparent.
“The other factor is the Goods and Services Tax (GST). It initially increased prices, but it has made for a situation where builders can assess their costs more efficiently,” Sud-Karnad said.