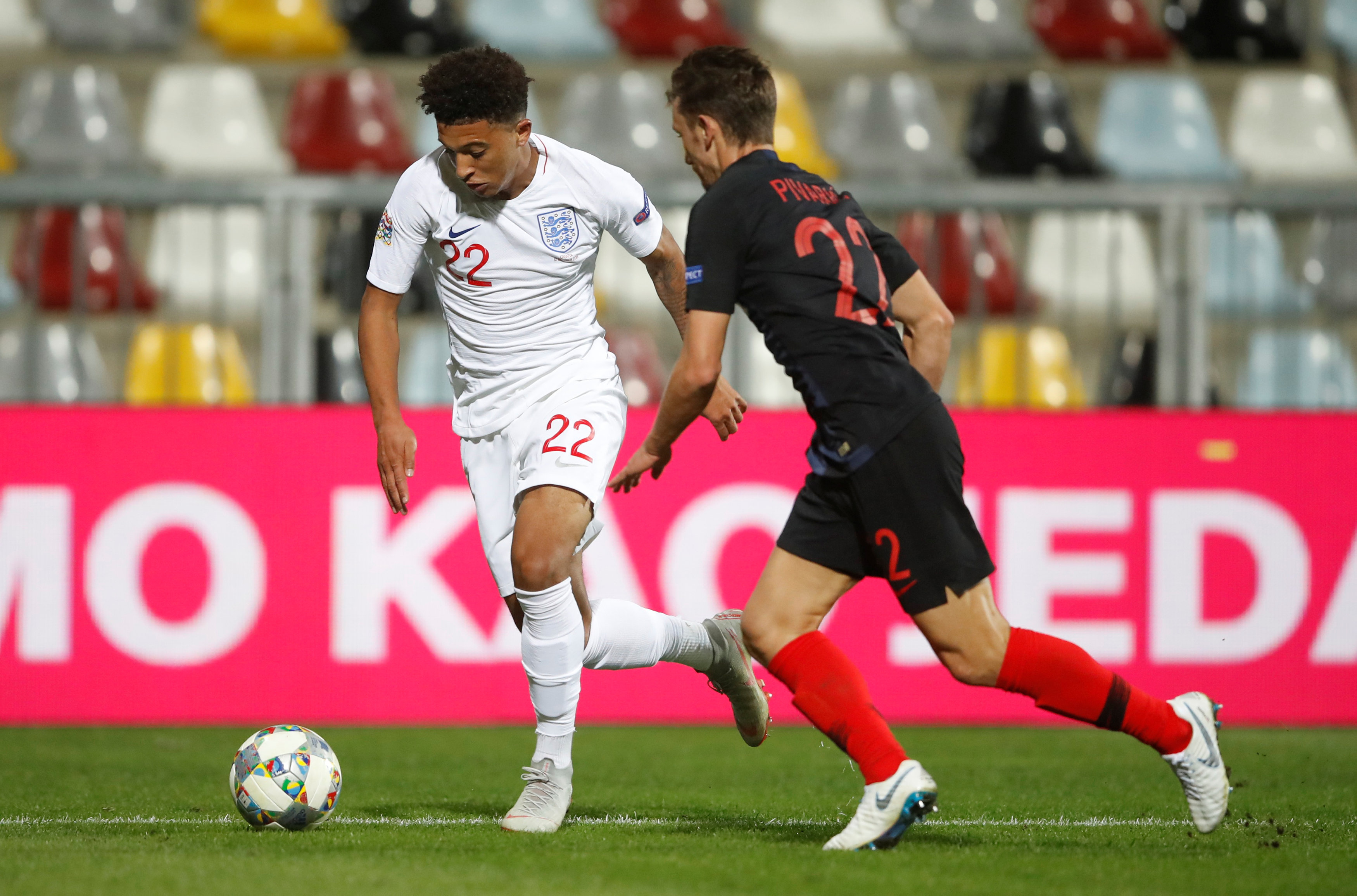 LONDON: England teenager Jadon Sancho made enough of an impression against Croatia on Friday in a 12-minute cameo performance on his debut to elicit high praise from his new team mates.
The 18-year-old came on for Raheem Sterling in the Nations League game in Rijeka played behind closed doors as punishment for racist offences by Croatia fans in Euro 2016 qualifying.
Sancho was unable to help England find a breakthrough as the match ended 0-0 in an eerie atmosphere but the winger showed the quick attacking quality that convinced Borussia Dortmund to lure him from Manchester City last year.
"He's great. Big congrats to him for his debut. I thought he came on and made an impact as well," England captain Harry Kane told Sky Sports.
"He's been great in training and he has just got to keep working hard and playing games and I'm sure he will have a very bright future."
Sancho's debut made him the first player born in this millennium to play for the England senior side.
At 18 years and 201 days old, he also became the second youngest England player to win his first cap in a competitive game behind the late Duncan Edwards, who was 18 years and 183 days old in April 1955 when he played against Scotland.
Eric Dier, who along with his Tottenham Hotspur team mate Kane hit the woodwork in Friday's stalemate, hoped that Sancho would be in the national team for a long time to come.
"I think he was fantastic when he came on," said the midfielder. "He was direct and technically he's very gifted. Hopefully he can be a big part of England in the future if he keeps working hard."
The result leaves both teams on one point in Group 4 of the top-tier League A, behind Spain who have six points.
Sancho may get another chance to impress his team mates when England face Spain in the Nations League in Seville on Monday.