2018 a record year for charities in Oman 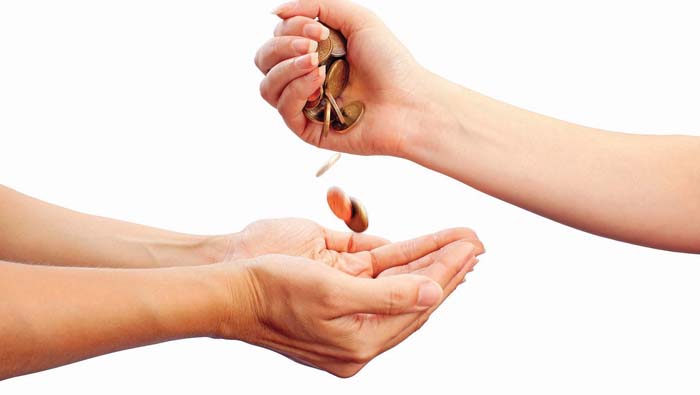 Muscat: Oman’s online donation portal has already received nearly OMR620,000 worth of donations for the first time since its launch, making 2018 a record year in terms of charitable donations by residents and citizens in Oman.
According to data released by the portal, ‘donate.om’, up until October this year, the portal raised OMR619,649 worth of donations, compared with OMR607,692 raised last year, showing the kindness and compassion of those living and working in Oman to help out their brothers and sisters.
“There is no question that the rise in awareness is a significant factor in this increase, however, what is more important is that there are now more ways to donate,” Iman Al Wuhabi, vice president of Dar Al Atta’a, told Times of Oman.
“Years ago, if you wanted to donate, you had to go directly to the charity, but now there are many ways to donate such as charity boxes, you can also donate online, which makes the act of donating more accessible to the public.” Since its launch in 2009, the portal has received over OMR3 million in donations, with 27 charities registered. It was developed by the Information Technology Authority (ITA) in association with the Ministry of Social Development. The portal received just OMR1,824 worth of donations during the first year of its launch.
“The mission of the portal is to help donations reach the largest possible geographical areas in the Sultanate using digital tools,” Tufool Al Dhahab, Marketing Director at ITA, told the Times of Oman.
“The portal collects donations online through the ePayment gateway and then delivers them to the charitable organisations registered in the Ministry of Social Development. Through the portal, donors can choose to donate either by cause or by charity. According to the data, the number of donors also increased from 21,738 last year to 22,536 in the first 10 months of 2018. This year, the months of May and June were the two months that received the most donations amounting to approximately OMR378,000, which in part were due to the Holy Month of Ramadan. “The reason May and June had the highest number of donations is because of Ramadan,” said Rahima Al Musafir, head of Al Rahma Association for motherhood and childhood.
“We at Al Rahma association receive the most amount of donations during Ramadan, which we then use to distribute throughout the year.” The portal also carries out its own campaigns during the holy month.
“Every Ramadan, ITA carries out a promotional campaign to encourage people to donate online through the portal through its social media accounts and some promotional activities,” said Al Dhahab.
Zakat, the principle of donating a portion of one’s income, is listed as the first cause of donation, followed by money dedicated towards charitable causes in general, known as sadaqah. Charitable organisations have also begun including information regarding the portal on their leaflets.
“We never used to write information about the portal on our brochures, but now we do; we also sent messages to nearly 10,000 donors, telling them to donate through the portal, and so I feel as though people have begun getting used to using the method,” added Al Musafiri.
Oman Charitable Organisation (OCO) received 21 per cent of all donations, followed by Dar Al Atta’a, and Al Rahma Assocation. OCO is also the only authority that accepts donations that are sent abroad. According to the data, OMR36,921 was donated towards causes in Yemen, while they also received donations for Syria, Palestine, Somalia, Pakistan, Indonesia, Afghanistan, Lebanon and Tajikistan. ITA is always looking for innovative ways to make donating easier, said Al Dhahab.
“As an alternative to visiting the portal online, donors now have the option to donate via the mobile app, which is easily downloadable from Android’s Play store or the Apple App store,” Al Dhahab said.
Despite the high number, charities are still hoping that this number will continue to grow, “I am hoping that this number will grow and that people will keep finding ways to support all charities,” Al Wuhaibi said.
“Charities in Oman are doing a great job, but without the support of the community we wouldn’t be able to achieve our goals. I also hope that we as charities continue to become more innovative in ways to make it easier for people to donate.”