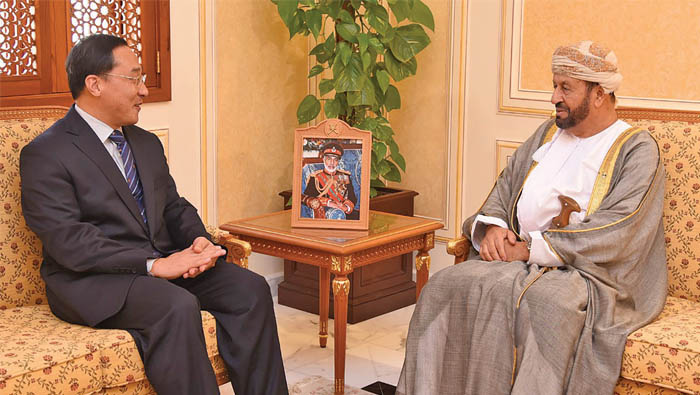 Muscat: Sayyid Badr bin Saud bin Harib Al Busaidi, Minister Responsible for Defence Affairs received in his office at Mu’askar Bait Al Falaj on Wednesday Yu Fulong, Ambassador of the People’s Republic of China at the end of his tour of duty as his country’s ambassador to the Sultanate.
The two sides reviewed the existing bilateral relations between the two friendly countries. They also discussed issues of common concern.
The ambassador expressed his thanks to the Minister Responsible for Defence Affairs for the support extended to him during his tour of duty in the Sultanate, which enabled him to carry out his duty.
Al Busaidi expressed his thanks to the ambassador for the good efforts he exerted in supporting and enhancing the cooperation relations between the two friendly countries in all fields, wishing him success in his future assignments, and the relations between the two friendly countries further progress and prosperity.