Old tyres to be used as ‘fuel’, thanks to pact 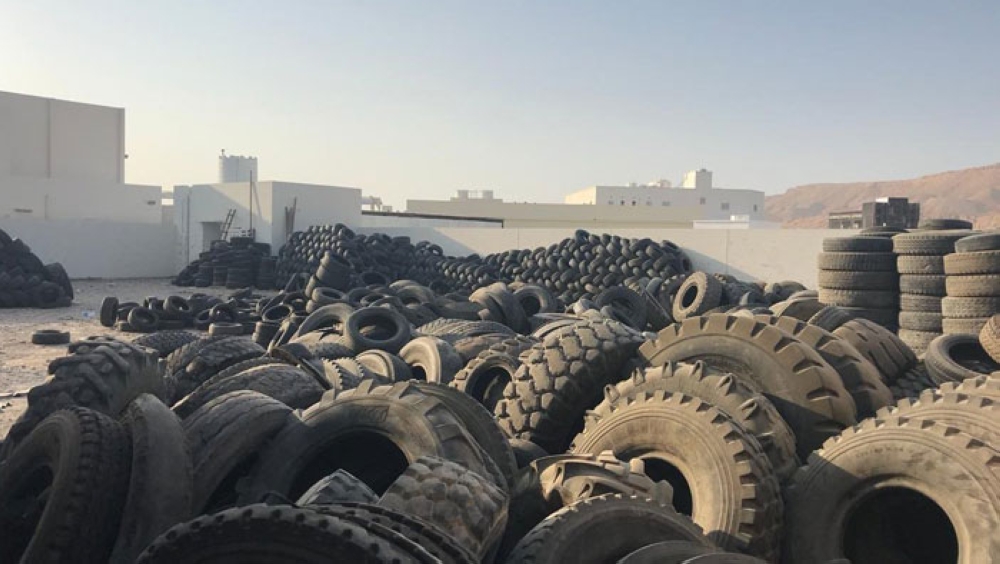 Muscat: Old and out-of-use tyres will soon be used as an “alternative fuel” and meet energy needs, it has been revealed.
The tyres will be used along with natural gas as fuel and aid in manufacturing cement.
The venture is being made possible because of a pact between environmental services company, Be’ah, and Oman Cement Company (OCC).
“Oman Environmental Services Holding Company SAOC Be’ah and OCC have announced a collaboration agreement in the field of waste management, energy recovery, and diversification of fuel to advance economic growth and promote sustainability.
**media[945774]**
“The agreement, in the form of a memorandum of understanding (MoU), was signed by the Chief Executive Officer (CEO) of Be’ah, Engineer Tariq Ali Al Amri, and Engineer Salim Abdullah Al Hajri, CEO of OCC.
“The MoU formalises the scope of collaboration between Be’ah and OCC to utilise end-of-life tyres (ELT) as an alternative fuel (along with natural gas) in OCC’s kiln to produce cement,” an official statement by Be’ah said.
Al Amri said: “This agreement reflects Be’ah’s strategy in waste diversion and promoting a circular economy and sustainable waste management practices. Be’ah aims to recover the maximum value of discarded materials such as ELT which can be utilised in energy production and other industries.”
Tyre Derived Fuel
Similarly, OCC is looking to diversify and utilise more efficient sources of energy and reduce reliance on natural gas. Al Hajri said: “The project will meet OCC’s plans for diversification of energy sources by using Tyre Derived Fuel (TDF) and other waste as a fuel source in cement kilns, leading to several benefits such as protecting the environment, increasing production capacity, and saving energy.”
It is estimated that around 45,000 tonnes of ELT are generated in the Sultanate annually. The number is expected to increase due to urbanisation and the increasing population, which increase the demand for tyres. ELT tires are considered to be a threat to the environment as they could be a cause of sudden fires, which generate emissions if not managed properly.