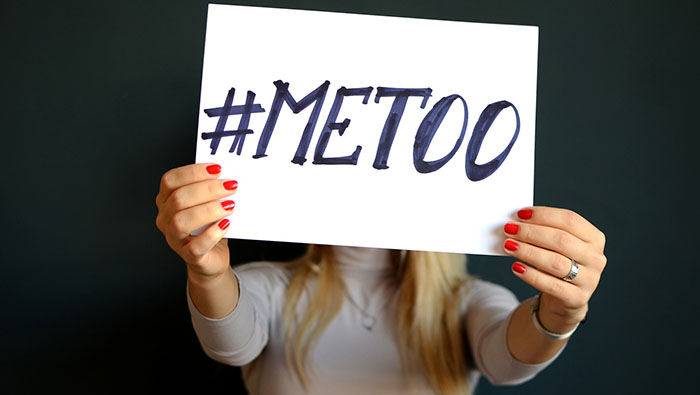 Mumbai: Amid India's #Metoo media moment, an association of editors has called for investigations into all allegations of harassment of women in newsrooms, while a journalists' network is setting up a help line to report incidents.
Women working in media across the country have been sharing their experiences of sexual harassment and abuse in posts to Facebook and Twitter, using the hash tag #MeToo.
The Editors Guild of India said it "extends its total support to all women journalists, who suffered a disadvantage in their careers, physical or mental trauma, as a result of any sexual predation."
"It calls upon the media organisations to hold unbiased inquiries into all reported cases," the association said in a statement on Tuesday.
More than a dozen complaints of sexual harassment and other sexual misconduct have been leveled online in recent days against prominent actors, movie directors, comedians and other public figures, including journalists.
They include M. J. Akbar, a former editor who is now a junior foreign minister. He has not made any public statement in response, and his office said he was unavailable for comment.
The Hindustan Times said that Prashant Jha, its political editor, has been asked to step down from his editorial roles pending an investigation into accusations of sending inappropriate messages to a former female colleague.
Jha has not made a public statement, or responded to calls or text messages seeking comment.
"Sexual harassment has been the elephant in the room," said Kalpana Sharma, founder member of the Network of Women in Media (NWMI), which is setting up a help line.
"We experienced many things, but we called it occupational hazard and just got on with our work. We didn’t have the language for it."
The NWMI is surveying media companies to check if they are following legal guidelines to prevent sexual harassment in the workplace, Sharma told the Thomson Reuters Foundation.
The group is also bringing together lawyers who journalists can reach out to for legal recourse, she said.
"Some journalists describe the newsrooms as toxic," Sharma said, adding that the #Metoo movement has provided a way to share stories of harassment and abuse.
"This ought to be cathartic."