Tokyo Ballet to perform La Bayadère at ROHM in Oman 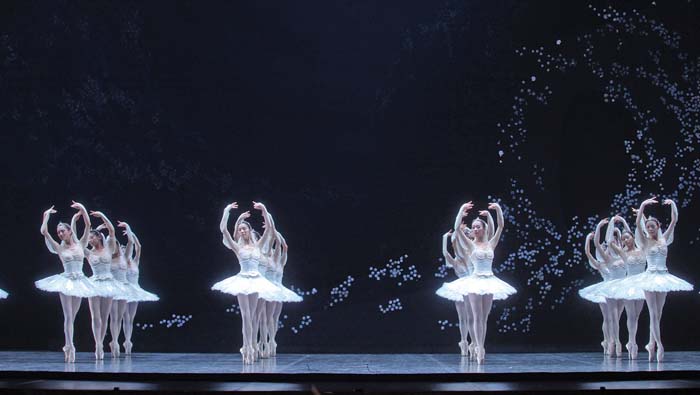 Muscat: From the first performance of La Bayadère (The Temple Dancer) in 1887, the ballet was hailed as another supreme masterpiece by the brilliant choreographer, Marius Petipa, one of the most influential figures in classical ballet.
Styled after Petipa, with the original music of Ludwig Minkus, Natalia Makarova’s 1980 production of La Bayadère for American Ballet Theatre won a permanent place in the Western repertoire. It was Makarova’s version that was adopted by The Tokyo Ballet in 2009.
The music of 19th-century Austrian composer and virtuoso violinist Minkus is among the most performed in all of ballet and is an integral part of the traditional classical ballet repertory, as is the choreography of Petipa.
Set in ancient royal India, the theme of La Bayadère concerns the mysteries of fate, vengeance and eternal love. Nikiya, the temple dancer, and Solor, a noble warrior, have sworn eternal fidelity to one another, but powerful figures have other plans. A love scene in the ballet, known as The Kingdom of the Shades, is one of the most celebrated pieces in classical ballet.
The PKF – Prague Philharmonia will be conducted by the renowned Valery Ovsyanikov,a Music Director at the Vaganova Ballet Academy, Conductor at the Mariinsky and Mikhailovsky Theatres in St Petersburg and Guest Conductor of companies around the world from the Americas through Europe to the Far East. La Bayadère will be presented on Thursday, October 11, and Friday, October 12, at 7pm and on Saturday, October 13, at 4pm.
A pre-performance talk will take place one hour prior to the performance at the Maidan Hall on the second floor of the ROHM building. Admission is restricted to ticket holders. For further information and bookings, consult the ROHM website: www.rohmuscat.org.om