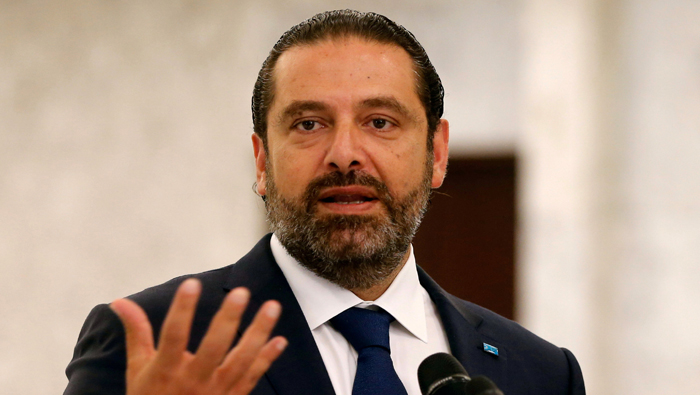 Beirut: Lebanese Prime Minister-designate Saad Al Hariri said on Tuesday all political sides had made concessions and he hoped a new government would be formed after President Michel Aoun returns from a trip abroad.
In the more than five months since a parliamentary election in May, politicians have been unable to agree a unity government that can get to work on badly needed economic reforms.
Lebanon, which has the world's third largest public debt as a proportion of national output, faces an economic crisis if the political stalemate drags on, politicians have said.
"There are concessions from all sides, including the Free Patriotic Movement (FPM)," Hariri told reporters after a meeting of his Future Movement party. "We hope for the formation of a government after the return of the president from Yerevan because the economic and social situation calls for a speedy government formation," he said. Aoun is expected to return from Armenia on Friday.
Rivalry between the two leading Christian parties - Aoun's FPM, allied to the Shi'ite Hezbollah movement, and the anti-Hezbollah Lebanese Forces (LF) - is widely seen as the main obstacle to a deal.
Hariri said his optimism that a government could be formed soon stemmed from a meeting he had with Aoun last Wednesday. Hariri said on Thursday he believed the government would be formed within a week to 10 days because the economy could not tolerate further delay.
The formation of a new government would allow Lebanon to begin the substantial fiscal adjustment that the International Monetary Fund says it needs to improve its debt sustainability. It would also likely unlock more than $11 billion worth of infrastructure investment pledged at a donors' meeting in Paris in April. "We are wrong if we think the world will wait for us to save ourselves. There are loans that won't wait," Hariri said.