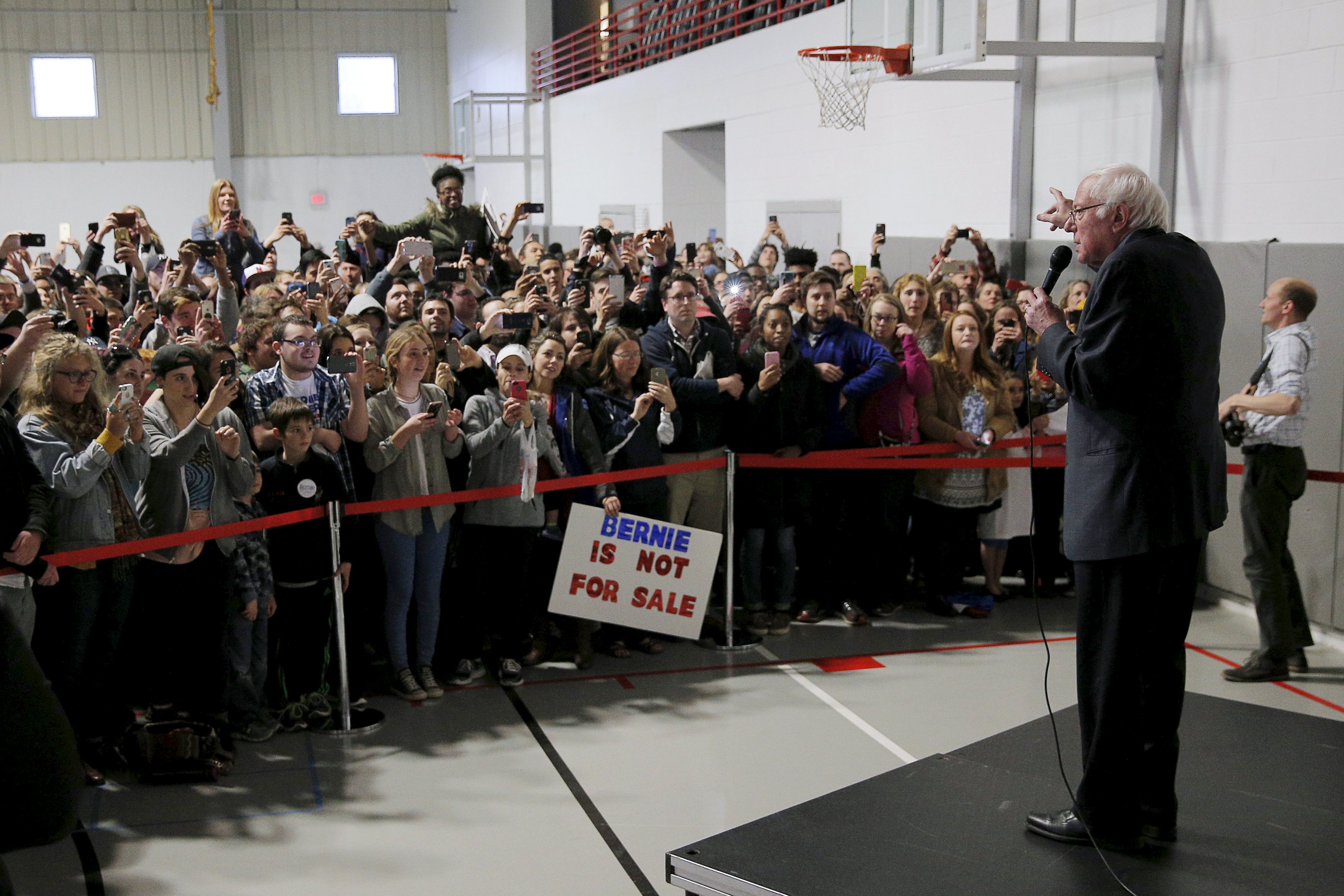 Washington: Democratic presidential candidate Bernie Sanders won his first endorsement from a fellow US senator on Wednesday, and he and rival Hillary Clinton both announced backing from New York City labour unions as they battled to win next week's state primary.
The Transport Workers Union Local 100, representing 42,000 workers in the New York region, backed Sanders as he struggled to dent Clinton's lead in a state each has called home.
Deriding "fierce attacks" against unions over the last several decades, Sanders called organised labour the last line of defense against corporate greed in America.
"We've got to stand together, take on the big-money interests and make it clear that our government works for all of us, not just the 1 per cent," the US senator from Vermont said.
Following his endorsement announcement, Sanders joined a picket line of Verizon Communications Inc workers, who went on strike on Wednesday after contract talks hit an impasse.
He thanked the workers for fighting corporate greed and told them: "Today you are standing up not just for justice for Verizon workers. You're standing up for millions of Americans."
Clinton, a former two-term senator from New York, scored her own union endorsement from Local 3 International Brotherhood of Electrical Workers, representing more than 27,000 area workers.
Sanders trails Clinton in the number of delegates won in primaries and caucuses. The former US secretary of state has 1,758 delegates to Sanders' 1,069, according to the Associated Press.
A candidate needs 2,383 delegates to win the nomination to be the party's candidate in the November 8 election.
Clinton on Wednesday also won backing from New York's Daily News, which called her a "superprepared warrior realist" who understands the economic toll the country has faced, while labeling Sanders "utterly unprepared" with "politically impossible" goals.
The newspaper's editorial board interview with Clinton's Brooklyn-born rival this month prompted criticism of Sanders as lacking detailed understanding of some of his main policy initiatives.
US Senator Jeff Merkley, an Oregon Democrat, announced his endorsement of Sanders in a New York Times column, saying he supports Sanders for his work battling economic inequality, opposing trade deals and fighting for the middle class.
"It is time to recommit ourselves to that vision of a country that measures our nation's success not at the boardroom table, but at kitchen tables across America," wrote Merkley, the junior US. senator from Oregon. Merkley's announcement precedes Oregon's May 17 primary.