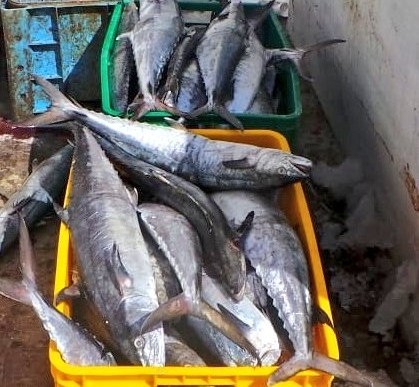 Muscat: A total of 15 fishermen were arrested in Sinaw, the Ministry of Agriculture and Fisheries has announced.
According to officials, the fishermen were caught selling 800 kgs of Kanaad (a kind of mackerel) at the Sinaw fishing market. The fish was being fished out of season.
In a statement online, the Ministry said, "15 expat fishermen and 800 kg of Kanaad were seized in Sinaw fishing market. The arrests occurred during an inspection drive carried out by the ministry's joint inspection unit with the Royal Oman Police. Legal action will be carried out against the violators."