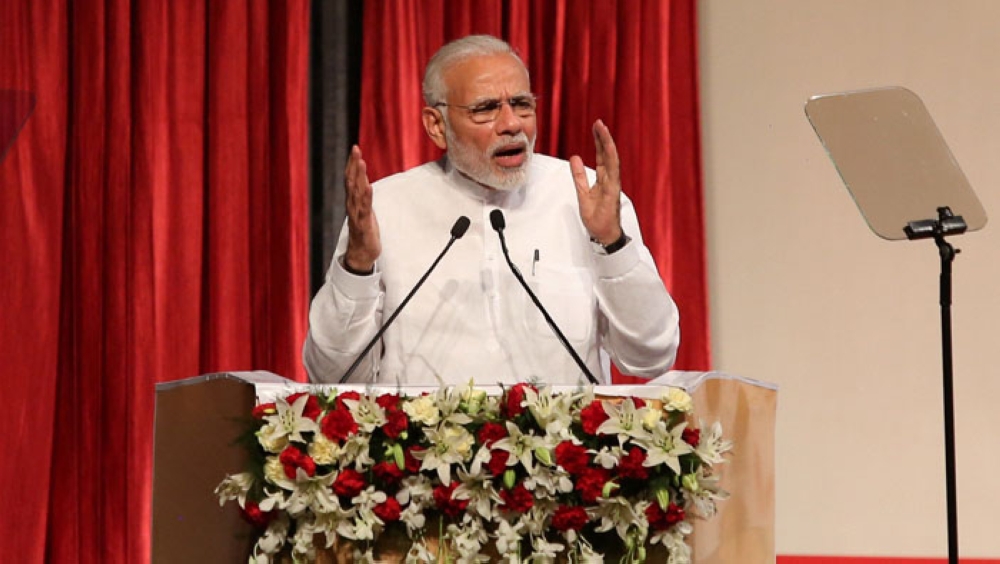 New Delhi/Washington: The United States has warned India against a planned purchase of S-400 surface-to-air missiles from Russia when President Vladimir Putin's visits New Delhi this week, saying such an acquisition would attract sanctions under U.S. law.
India's military wants the missile batteries, both as a deterrent against China and to gain an edge over traditional rival, Pakistan, as they are able to track and shoot down combat aircraft, even stealth planes, at unprecedented ranges.
India and Russia will sign the missile deal, estimated at more than $5 billion, during Putin's visit for annual summit talks with Indian Prime Minister Narendra Modi beginnning on Thursday, a Kremlin aide said.
But the United States has warned countries trading with Russia's defence and intelligence sectors they would face automatic sanctions under a sweeping legislation called Countering America’s Adversaries Through Sanctions Act (CAATSA) that President Donald Trump signed into law last August.
The law is designed to punish Putin for the 2014 annexation of Crimea from Ukraine, involvement in the Syrian civil war and meddling in the 2016 U.S. presidential election.
"We urge all of our allies and partners to forgo transactions with Russia that would trigger sanctions under the CAATSA," a U.S. State Department representative said.
"The administration has indicated that a focus area for the implementation of CAATSA Section 231 is new or qualitative upgrades in capability — including the S-400 air and missile defence system."
Last month, the United States imposed sanctions on China's military for its purchase of combat fighters as well as the S-400 missile system it bought from Russia this year.
The United States is also concerned about NATO ally Turkey’s decision to buy the Russian missile system, seeing it as incompatible with the alliance systems.
Modi's government, caught in the U.S.-Russia crossfire, hopes the Trump administration will give it a pass on the proposed arms transfer from Russia, officials in New Delhi said.
Defence Minister Nirmala Sitharaman told reporters India was closing in on the deal to buy the air defence system from Russia, with which it has long-standing military ties.
"Negotiation on S-400 air defence systems has been on for a long while and it is at a stage where it can be finalised," Sitharaman said last week. "We have a big legacy of buying defence equipment from Russia."
More than 80 percent of India's military equipment was of Soviet origin during the days of the Cold War, but since its breakup New Delhi has diversified its weaponry.
The United States is one of its top arms suppliers, closing $15 billion worth of deals in just the last decade.
U.S. firms Lockheed Martin and Boeing lead the race to sell the Indian military hundreds of aircraft to replace its ageing Russian MiG planes.
The Modi government hopes the Trump administration will not disrupt burgeoning defence ties with the world's biggest arm importer by levying sanctions the U.S. Congress has sought.
The Trump administration faced competing pressures from Congress pursuing a hard line on Russia, said Jeff Smith, a specialist on South Asia at the Heritage Foundation.
"The administration was critical of the CAATSA and fought hard for a national security waiver at the cabinet secretary level but was denied by Congress," he said.
"The administration is not only trying to navigate competing geopolitical interests but relatively stringent conditions imposed by a Congress determined to tie its hands on Russia policy."