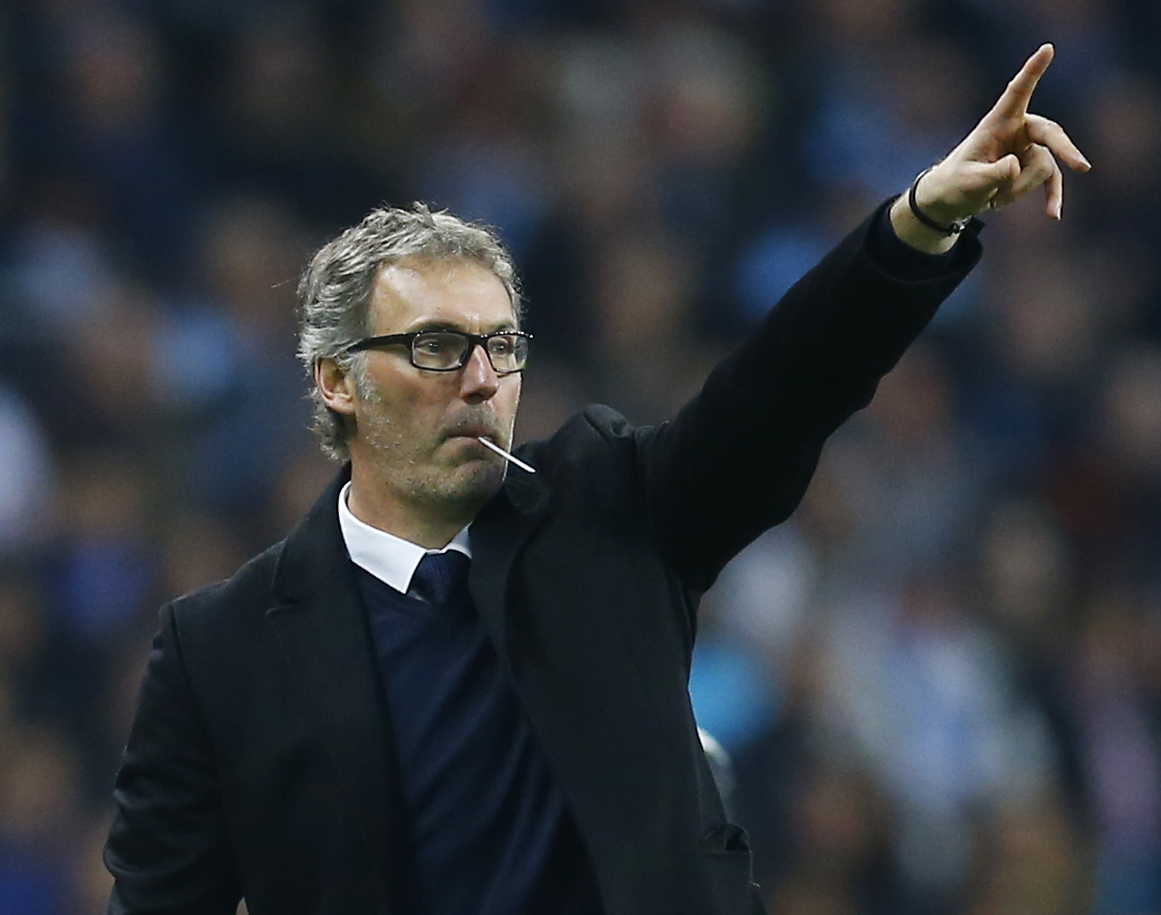 Paris: Paris St Germain's fourth consecutive failure to make it past the Champions League quarter-finals on Tuesday exposed the limitations of coach Laurent Blanc and again took the wind out of striker Zlatan Ibrahimovic's Premier League ambitions.
The former France coach's decision to reinstate Serge Aurier and an unexpected tactical shift backfired spectacularly in the second leg of the tie against Manchester City, who did not have to do much to win 1-0 for a 3-2 aggregate triumph.
PSG were without their usual formidable midfield as Marco Verratti was ruled out injured, Blaise Matuidi was suspended and Thiago Motta limped off the pitch in the first half.
With centre back David Luiz suspended, Blanc, who recently extended his contract until 2018, opted for a 3-5-2 formation instead of his usual 4-3-3.
It was reminiscent of France's Euro 2012 quarter-final against Spain, where Blanc fielded two fullbacks on the same flank and they were picked apart.
"The defeat is on me," said Blanc, who will also no doubt regret giving Aurier his first start since February as the defender looked off the pace throughout and lost possession to hand City the early penalty that Sergio Aguero missed.
However, if Blanc came out of the game badly, Ibrahimovic probably suffered even more costly reputational damage.
The striker, who famously described himself as perfect and said recently that PSG did not exist before Qatar Sport Investment took over in 2011, missed a penalty in the first leg and was a pale shadow of himself at the Etihad.
Often playing deep, he carried little threat and seemed to lack his usual swagger as the Swede, who scored 30 goals in Ligue 1 this season, had only two long-range free kicks and a late disallowed goal to show for his forgettable efforts.
"It's nice to play brilliantly early in the season, to impress everyone but a season is long and it's in the end that you have to perform," he said, echoing the criticism that has often come his way.
While Cristiano Ronaldo scored a hat-trick in Real Madrid's impressive comeback win over VfL Wolfsburg on Tuesday and Luis Suarez got two to drag Barcelona back into their tie against Atletico Madrid last week, Ibrahimovic yet again failed to step up when it really mattered.
He has reportedly been touting himself to the Premier League in recent weeks, with Manchester United understood to be among his preferences, but on the evidence of Tuesday's performance few clubs would be interested in forking out the huge salary he would demand.
Though Ibrahimovic silenced some of his critics in 2012 when he scored four goals for Sweden against England, he has managed only six goals in his 22 club matches against English opposition, which have provided just four wins.