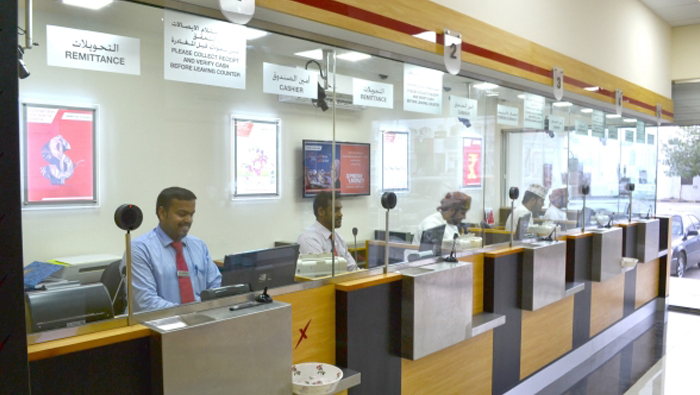 Muscat: While the Indian rupee continues to depreciate against the Omani rial, the Pakistani rupee (PKR) has gained power in the couple of months post-general elections 2018.
The value of a single Omani rial increased to a record INR189 on Tuesday, while the Pakistani rupee was trading at around PKR322 per rial. “Post-election saw a lot of positive sentiments and vibes among overseas Pakistani that gained their confidence in the market,” said Syed Faraz Ahmed, General Manager at Oman United Exchange, in an exclusive interview with the Times of Oman.
“The Omani rial stood at a conversion rate of PKR333 until July 24 but appreciated by PKR2 post-election between July 24 and 27. However, it has further appreciated by PKR11 standing currently at a conversion rate of PKR322.”
Ministry of Finance
Talking about whether the PKR will appreciate any further, Ahmed said it depends on how the Ministry of Finance handles the situation in Pakistan.
“If Pakistan gets into the International Monetary Fund programme again, then we might face a little depreciation in the current value. Having said that, we expect the market to hold the current position for the next couple of weeks,” Ahmed explained.
“The Indian rupee has received a major hit this year due to multiple factors like rising global crude oil prices, trade war, debt outflows from India and US Fed rate hikes making the currency tumble further,” said Boban MP, CEO of Oman UAE Exchange.
“On a positive note, the depreciation has spiked remittances to India, with the Indian diaspora cashing on the favourable exchange rate. We expect the trend to continue in the coming months and expect to see the remittances further increase.”
Fabio Scacciavillani, Chief Economist of the Oman Investment Fund, said that a weaker currency would mean an increase in the cost of goods and services.
“Generally, when this happens, the population is hit by the prices of goods they cannot do without,” he said. “People need fuel consumption to go to work, to cook food, to heat the house, to generate electricity so when the fuel price increases, that results in the loss of purchasing power. The cost of manufactured goods, as long as these plants use energy, the energy will cost more so these are the secondary effects. In the case of fuel, the price of crude oil is rising and this is impacted by the appreciation of the dollar so this is a double whammy.
“There will be an impact on inflation and economies refer to this effect as imported inflation when the prices of imported goods rise and this sets in motion all sorts of secondary effects like transport, like industries that depend on fuel, food and food processing, agricultural produce, and mining activities,” Scacciavillani added.
“There might be areas such as politics and security that go beyond economics, but overall, Pakistan is less vulnerable to the appreciation of the dollar, and secondly, there are high hopes that the new government can bring in a reformist agenda, while in India there are elections coming, so that might herald a period of political uncertainty,” he added.
“Pakistan probably has less large current account deficit that India, so they are less exposed and they have less debt,” he said.
“In real terms, any benefits of devaluation will be short-lived for expatriates, because people who work in Oman and support their families will need to send more money to make up for the increase in more fuel and other imported goods. This is called a monetary illusion. Initially you are happy, because it looks like you are richer, but when you pull back that panel, you will find that you are in similar terms.”
Typically, when the value of the Indian rupee falls against the Omani rial, there is a marginal increase in remittances to India.
Blue collar workers tend to take advantage of such situations and send relatively small amounts to bank accounts back home, exchange houses said.