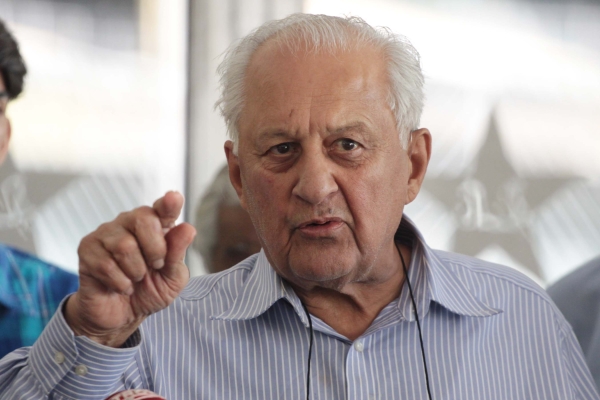 Karachi: The Pakistan Cricket Board is looking to break its seven-year isolation from hosting international matches at home by trying to convince the West Indies to play a couple of limited over games later this year.
A top official of the board told PTI on Wednesday that it intended to formally invite the West Indies Cricket Board to play a couple of matches from the series scheduled in September-October in the UAE.
West Indies is scheduled to play two Tests, five ODIs and two T20 matches in the UAE.
"We have had some verbal discussions with them and we are now waiting and watching the improvement in the security situation in Pakistan," he said.
"If the situation remains stable and improves we will formally invite them to play a couple of the limited over matches from the series in the UAE in Pakistan," he explained.
A reliable source in the board said the PCB would also seek the help of two West Indian greats, Sir Vivian Richards and Brian Lara to convince the WICB to agree and play in Pakistan.
Richards was recently involved in the Pakistan Super League while Lara has also visited Pakistan for a long media assignment during the World T20.
The source said that the PCB was willing to pay increased fees to the West Indians if they agree to play in Pakistan.
The source conceded that the PCB suffered a setback recently when a planned tour by the Afghanistan team in April-May could not materialise after a terrorist attack in Lahore.
"Afghanistan were close to agreeing to play the limited over series in Lahore and Karachi from April 15 to May 8 when the terrorist attack took place in the last week of March at the Gulshan-e-Iqbal park," he said.
Nearly 72 people were killed and around 300 injured in the blast after which the source said the Afghanistan board had indicated the tour should be put off because of the security situation.
The incident also put paid to a planned tour by the Kenya women's team to Lahore.
No top Test team has toured Pakistan for a series since March, 2009 when militants attacked the Sri Lankan in Lahore.
The PCB has since than succeeded in only getting low ranked teams from Afghanistan, Kenya and Zimbabwe to play in the country.
The PCB official further stated that plans were also underway on getting a Commonwealth XI to tour Pakistan sometime this year.