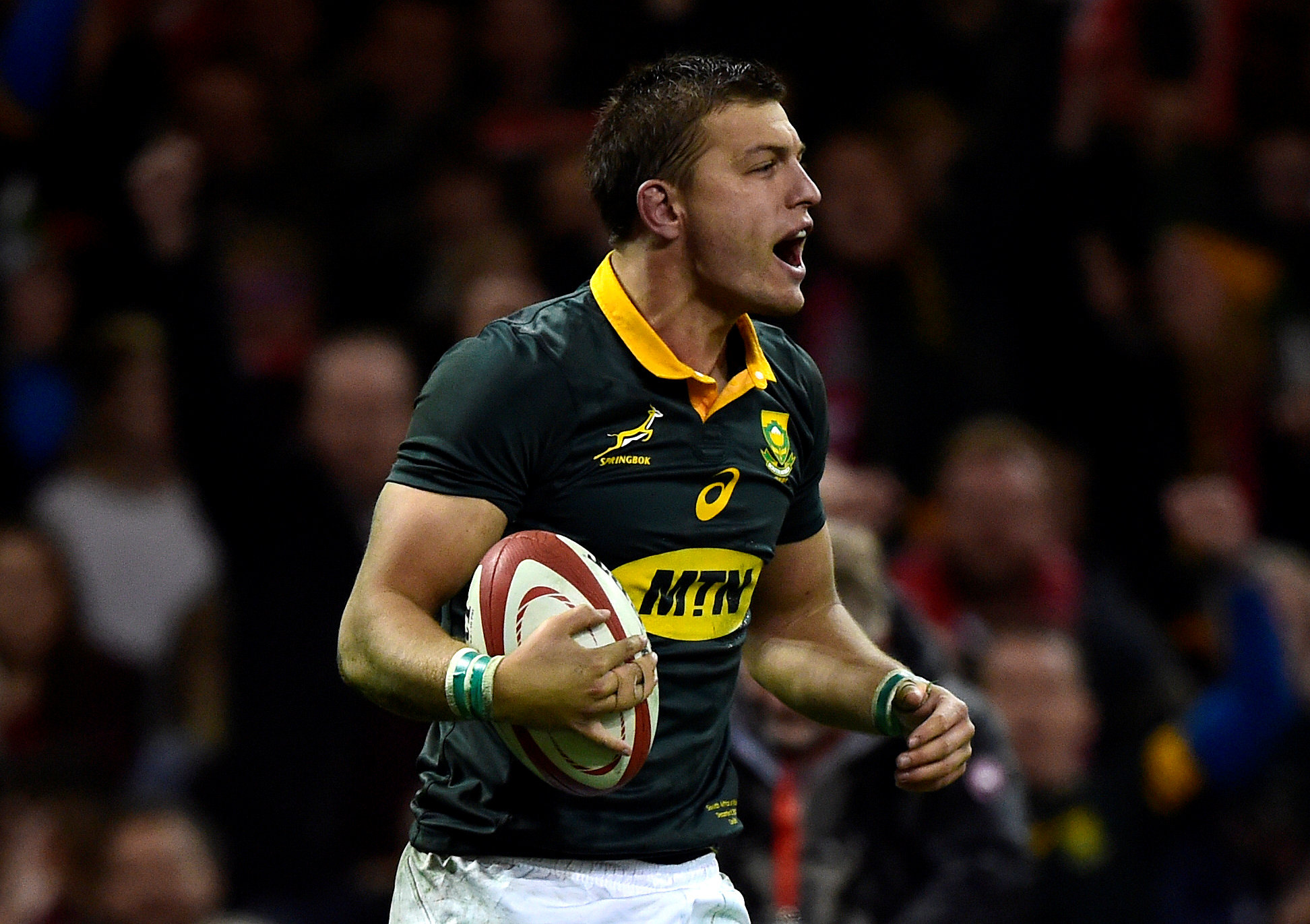 PRETORIA: South Africa flyhalf Handre Pollard is confident he will be able to deliver kick points on Saturday when the Springboks look to do the double over world champions New Zealand in this year’s Rugby Championship.
Pollard struggled with his kicking earlier in the competition, but was better when they upset the All Blacks in Wellington and had a 100 percent return in Saturday’s 23-12 win over Australia in Port Elizabeth.
He says he battled with a month-long break between the end of his Super Rugby campaign with the Bulls and the start of the Rugby Championship.
"I think I just lost my rhythm a bit. I worked hard at it, and it didn’t come back straight away, but thankfully the last couple of games have been a lot better,” Pollard told a news conference on Tuesday.
"It just required some small tweaks, and I had to keep in mind that you’re going to have your off days and that it happens to the best in the world. For now it feels good, and hopefully I can keep that going.
"I’ve worked with some kicking coaches at the beginning of my career, but as you go on, you know exactly what you’re doing wrong when you’re making mistakes, and it’s just about getting back into the routine and rhythm.”
Pollard plays at his home ground, Loftus Versfeld, against New Zealand, whose No. 10 Beauden Barrett has also shown inconsistency off the kicking tee.
But Pollard was not buying into the suggestion Barrett might be feeling pressure.
"The best player in the world with 70-odd test matches doesn’t feel too much pressure," he said.
"He’s a confident guy and he might have also had a couple of off days in the past, I’m sure he’ll be 100 percent, so we have to just make sure that we play as well as possible.
"There’s no doubt that they will be coming hard at us,” said Pollard.
"They don’t like losing and they would want to rectify matters. We know it’s going to be hard and physical and we will have to match that.
"We have a bit of confidence and we are in a good space but we strive to consistently play at a high level. There’s no doubt that Saturday will be an enormous test for us,” Pollard added.