On the Ball (Part 5): From Oman to Europe – chasing the dream of pro football 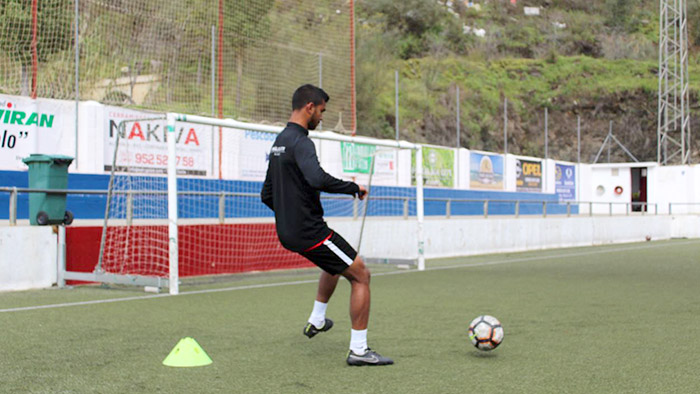 Footballers have to watch what they eat. While a slip up or indulgence now or then is okay, sportspersons simply cannot afford to binge eat and have to keep their cravings in check. The last thing you want to see is an athlete huffing and puffing, attempting in vain to keep up with his swiftly accelerating opponent who seems to glide through the pitch.
Just ask Saurav Gopalakrishnan. Raised in the Sultanate, Saurav left school to pursue his dream of becoming a professional footballer in Europe. After completing his schooling in the UK alongside developing his skills, Saurav now plays for CD Almunecar in Spain, a club that has partnered with the Malaga City Football Academy, to give academy graduates a chance to direct first-team football. Saurav was in Oman during the off-season, and spoke exclusively to Times of Oman about the importance of discipline.
“To begin with, I never really had the issue of eating junk, so I had that in my favour, but I never really had any issues with whatever I needed to do to further my goals,” he said. “We are most definitely going full-force with Plan A. Anything you believe in, you can do. Dedicate yourself and commit yourself to it, and each and every day, give a hundred per cent to the cause and just keep moving forward. It may be at any pace, but just keep moving forward.” And does Saurav one day see himself playing among the best of the best?
“Most definitely, I would want to play for my dream club, that is Real Madrid, the club that I support, and at the senior level, I would love to play for my country and captain my country, as well as to play at the highest level I can, be it in Europe, eventually, or anywhere else that my career takes me,” he said. “I would love to play in a place and go explore more, experience new cultures and learn new languages.”
Also present with Saurav was his mum, Seeta, who was grateful for the time she got to spend with her younger son. “Because he is so capable, he is working towards his dream and he is intelligent, he is living his life and he is making the most of every day of his life. Like I always say, we human beings can always experiment, and there is a lot we can do in life, and Saurav has had to stay back at home, or the time when he has had to take a break, it has given us a lot of time to spend with ourselves and with one another, and it has given us the time to talk more, understand more, listen more, learn more, and love more, and I don’t think we end up doing this in a regular situation. I think things such as these and challenges such as these open up so many new possibilities and new avenues in so many different directions.”
With the domestic football season now underway, Saurav also said Manchester City were most likely to win the Premier League. “This season, for the Premier League, I am going to Manchester City, and everything about them just screams ‘Champions’,” he said. “I don’t see any other team coming close to catch them and yes, maybe it is a little bit because they have a Spanish coach.”
“I would like to say that Real Madrid are going to win La Liga, but I have to say that Barcelona are going to win La Liga, because they have the consistency to do so over a 38-game season,” added Saurav.
“Real Madrid seem to deliver when it comes to knockout competitions. I don’t know what it is, but something inside them seems to come alive when it is do or die but in an eight-month season, I think it would have to be Barcelona. When it comes to the Champions League, though, I am going to go for Real Madrid because it is a knockout competition.”— Concluded
— [email protected]