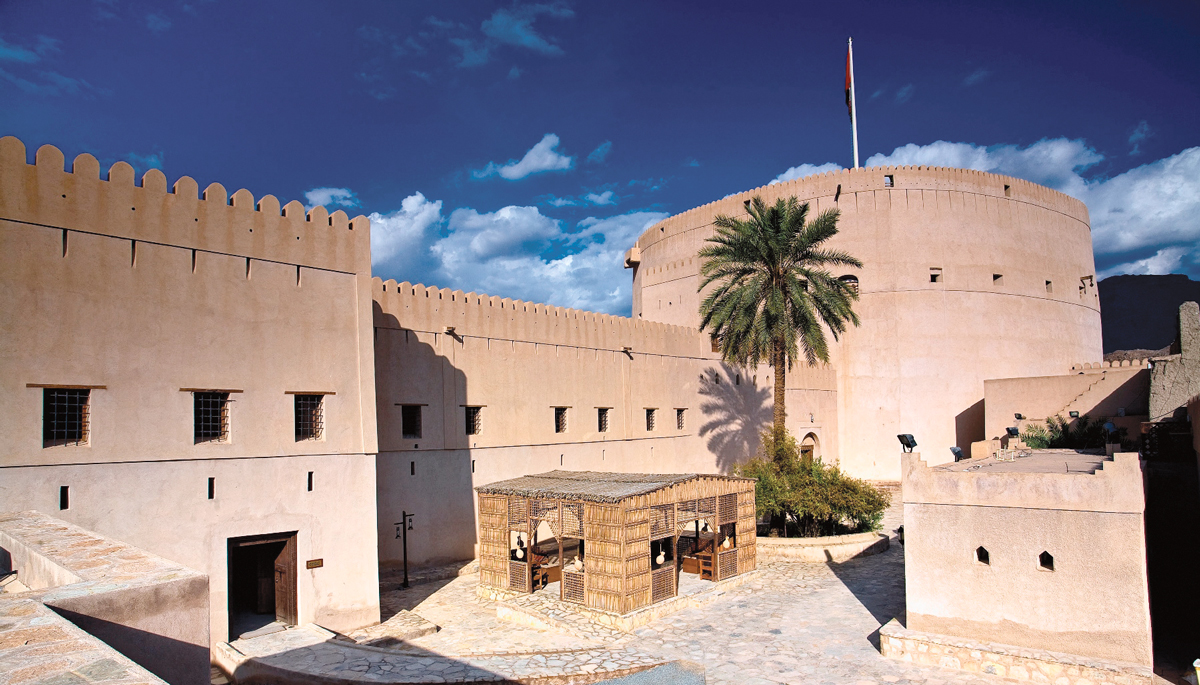 The number of visitors to the heritage sites in Oman was 319,136 last year and is expected to reach 400,000 or more in the current year, as per the statistics recorded by the Ministry of Tourism in Oman.
This is due to the initiatives taken by the ministry to develop the archaeological sites and promote them as major tourist attractions. Along with it promotional campaigns and advertisements are also being carried out by the ministry, both locally and abroad, focusing on the importance of heritage and archaeological sites based in Oman.
Oman’s architecture is known for its originality of colours and style. This is what attracts most of the tourists from around the world along with the forts and heritage buildings.
Currently, the Ministry of Tourism is maintaining more than 54 archaeological sites, including forts. It has entered into an agreement with the Ministry of Heritage and Culture to transfer some of the heritage sites, which have already been restored, to the Ministry of Tourism.
The Ministry of Tourism has a strong assurance on the importance of heritage tourism and has made a number of achievements in the development and preparation of forts in the Sultanate. This has become possible due to the cooperation with the authorities concerned of the Ministry of Heritage and Culture, in addition to the involvement of the local community in these governorates.
**media[941104]**
A specialised consulting company was also hired for its services in the area, particularly to activate the tourism movement in these historical sites.
An example is the Khasab Fort, in addition to Al Hazm Fort of Rustaq, Nakhl Fort, Nizwa Fort, Jibreen Fort, Bait Rudaidah Fort in Birkat Al Mauz, Mirbat Fort, Muttrah Fort, Barka Fort, Al Na’aman Fort and Sanisl Fort, which were also developed and furnished to be masterpieces of archaeological heritage, thus showcasing Omani civilisation.
These forts are strategically located with masterpiece architectural design and engineering. They have been furnished and decorated with unique and rare historical items to preserve their heritage characteristics.
This facilitates the tourists to know about the various aspects of each of these heritage sites, practices and traditions and the local history of each wilayat of the Sultanate.
The small and medium enterprises also play a role in contributing to the development of the historical sites, as these establishments aspires to invest in some of these sites in the coming years, which are supervised by the Ministry of Tourism.
When tourists land in Muscat, they get mesmerised to see the majestic Muttrah Fort soaked up in history followed by Bait Al Maqham Fort in Baushar. A little far from here is the Quriyat Fort.
**media[941105]**
Moving towards South Batinah, tourists can visit Al Hazm Fort and Rustaq Fort in Rustaq, which are not far from the beautiful Nakhl Fort in the neighbourhood of Al Awabi Fort.
Barka is also known for its well-known forts, namely Al Na’aman and Barka. There is also a huge castle in Musannah.
If one continues towards North Batinah, the Sahim and Shinas forts would welcome them. In Suwaiq one can visit Tharmad Fort and Suwaiq Fort, in addition to the Soor Al Hilal and Soor Al Mughabsha walls.
Other major forts in Dakhiliyah governorate include the magnificent Nizwa and Bait Al Rudaidah forts. The beauty of Omani architecture is seen in Jibreen Fort.
Similarly, Samail, Bait Al Khobar and Bait Sarooj forts are also some attractive sites for tourists. There is a pre-Islam fort known as Bahla Fort and its historical wall. Tourists can see Bidbid Fort before they conclude their heritage tourism.
In Buraimi one can see Hilla Fort, Khandaq Fort, Bait Al Nidd Fort and Mirjab Fort — all connected to the local maritime history and cultural heritage.
The four major forts in Musandam are Khasab, Kammazarah, Bukha, and Dibba and in Al Dhahirah governorate too there are four attractive forts known as Ibri, Iraqi, Bait Al Marrah and Al Mamour forts.
There are not less than 10 forts and castles in Sharqiyah governorate. To the north of it are the Al Rawdhah and Al Akhdar forts. There are three castles known as Bait Khubaib, Bait Al Yahmadi and Al Muntarib.
To the south of it, there are five forts known as Bilad Sur, Sanisalah, Elijah, Jalan Bani bu Hasan and Ras Al Hadd forts. In Dhofar governorate, there are four forts that compete with each other in their originality and their deep roots. They are Taqah, Mirbat, Sadah and Kut Hamran forts.