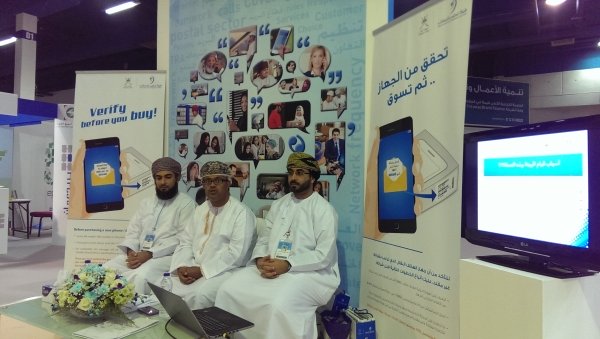 Muscat: Consumers in Oman who are buying a mobile phone can now make sure if the product on offer is genuine or fake.
The Telecommunications Regulatory Authority (TRA) on Wednesday launched a new automated programme that enables consumers to identify fake mobile devices, including tablets and mobile phones.
**media[382357]**
The programme is part of a campaign to inform consumers about the risks they are taking while buying fake devices. Hilal Al Siyabi, media and events manager at TRA said the increasing problem of fake devices in Oman calls for action.
“This campaign comes at a time when the counterfeit phone phenomenon is witnessing a significant increase, along with a rise in consumers’ complaints on lower quality and a shorter lifespan of their phones. To combat this, TRA has contacted the GSM association to develop technical solutions to reduce counterfeit phones in the local market.”
Al Siyabi said inspection teams of TRA have received “thousands of reports in the last few years” about fake devices emerging on the market in Oman.
The new programme, based on the slogan “Verify before you buy,” enables consumers to check if the phone they want to buy is genuine or a counterfeit copy.
By sending the 15-digit IMEI (International Mobile Equipment Identity) number on the product’s box to 80566, the system will check if the phone is registered in the database of the GSM Association (GSMA, a body representing the interests of mobile operators worldwide).
If the phone is registered, it’s real. If it’s not, it is fake.
“In case it’s fake, we will urge the consumers to not buy it. Now, the consumer is the decision maker,” Al Siyabi said. He said it’s not only shops that are selling fake devices, but also unregistered sellers.
According to TRA, consumers risk their health by using a fake phone, which are often of bad quality.
“As the phones are not properly tested, there might be radiation coming from the devices, which might be a health hazard. The life cycle of these devices is very short compared with the genuine ones. Also, fake phones might affect the quality of service of the operator,” said Ibrahim Al Ma’awali, senior specialist at TRA.
Al Ma’awali said the programme also works on a roaming network, which is useful if someone from Oman is buying a phone abroad. However, the system currently only works with Omantel and Ooredoo subscribers. He said it will be enabled for other operators “shortly.”
In order for consumers to discern an original phone from a counterfeit phone, TRA has further advised consumers to purchase their phones from authorised dealers as these dealers go through TRA approval procedures when they import devices into the Sultanate. Such devices are also marked with the TRA name stamp, and consumer should look for this stamp before proceeding with their purchase.
Other ways to know if the new phone is genuine or a counterfeit, is the price, which is often much lower than the genuine equivalent. If the packaging of the phone does not correspond with the phone’s logo and screen, it is an indication that the phone is fake. If the phone is sold without warranty, it is likely that the device is counterfeit. All manufacturers offer a warranty of a minimum of one year.
Complaints
Consumers who discover a fake phone while shopping, can report this to TRA by calling its service centre at 800 000 00 or sending a complaint through TRA’s website: www.tra.gov.om