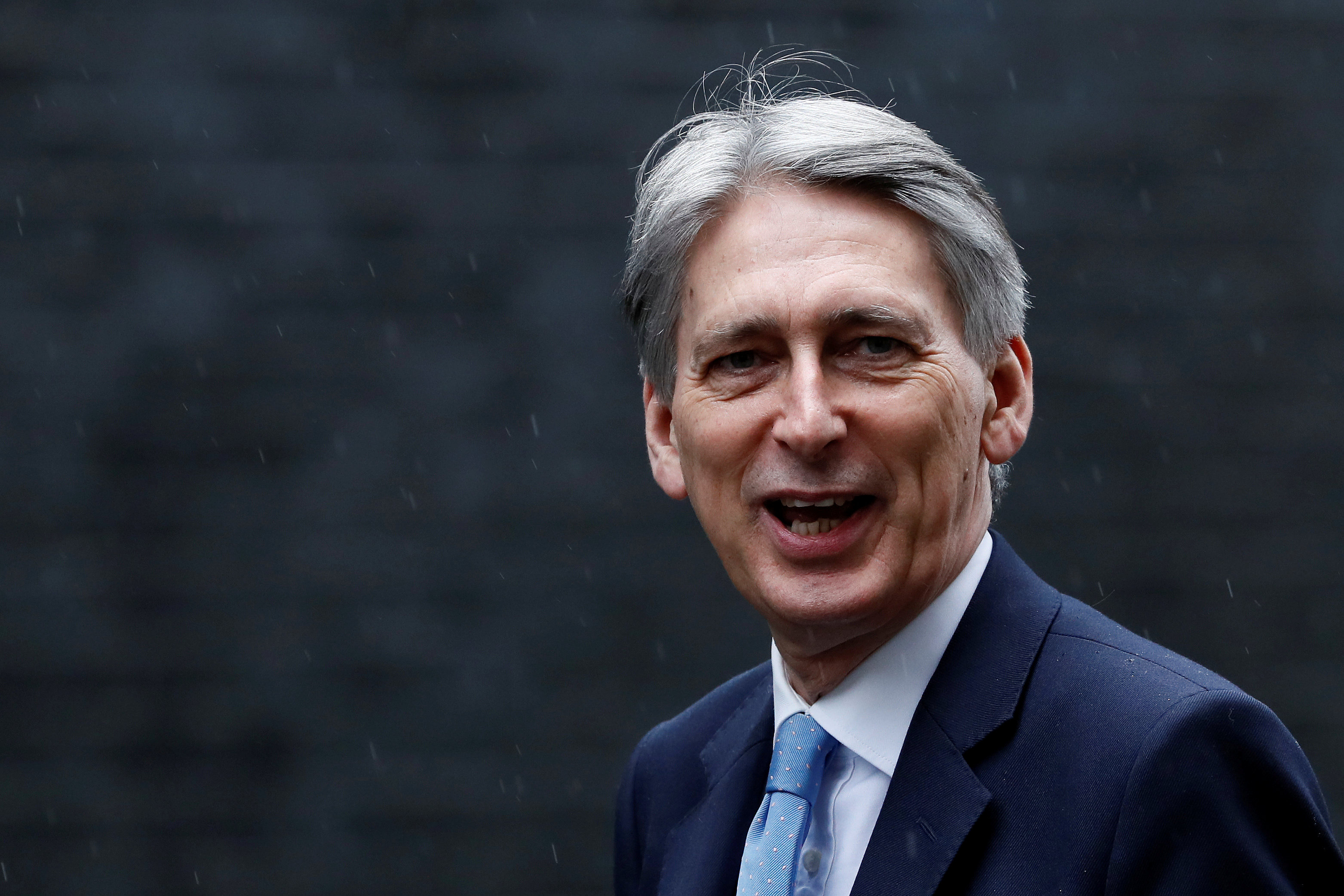 Birmingham: British finance minister Philip Hammond said on Monday the United Kingdom had the fiscal capacity to cope with leaving the European Union without any agreement but believed the mood in Brussels was to reach a divorce deal.
Britain's exit from the European Union next March has increased uncertainty for employers, with talks about the future relationship between the world's fifth largest economy and its largest trading partner becoming increasingly fraught.
"I'm clear that we will have the fiscal capacity to support the British economy if we were unfortunately to find ourselves in a no-deal situation," he told Sky News.
However, Hammond said the doubts about the future had already hit the economy and the next few weeks would be crucial in securing an agreement with the EU.
"The mood is undoubtedly that people want to do a deal with the UK. People want to minimise the disruption of the UK's departure from the European Union, they want to continue having a relationship with us and smooth trading partnership in the future," he told BBC TV.
"Clearly there has been a hit to the economy through the uncertainty the Brexit process has caused. Many businesses are sitting on their hands frankly waiting to see what the outcome of this negotiation is before confirming their investment plans."
Reassuring businesses they remain at the heart of the centre-right Conservatives Party's plan for the economy will be the focus of Hammond's speech to his party's conference on Monday.
The business community has expressed frustration over the government's lack of clarity during the Brexit process and what some see as a decision to put ideology before the economy.
"We back business, as the cornerstone of a successful economy, as a force for good in our society, and as an essential expression of our values," Hammond will say in his speech to the Conservative Party's annual conference in Birmingham.
The British Chambers of Commerce said it wanted the Conservatives to overcome their internal divisions and "to deliver real-world, practical answers to business’s ongoing questions around Brexit — and avoid a messy and disorderly exit from the EU."
Foul language
Relations suffered earlier this year when then-foreign minister Boris Johnson was quoted dismissing business leaders' concerns about Brexit, using foul language, in a meeting with EU diplomats.
Johnson, the bookmakers' favourite to succeed May, has become a cheerleader for hardline Brexit supporters in the Conservative Party who have denounced her so-called "Chequers" proposals and has put forward his own plans for an alternative free trade deal.
Hammond said Johnson's idea was not on offer from the EU.
"What Chequers does is offer an in-the-middle solution, down the centre, taking the best from both models, and proposing a way forward which delivers on the mandate of the British people in the referendum but also protects British jobs and British businesses," he told Sky News.
Last week, Britain's opposition Labour Party sought to woo business bosses even as it unveiled a raft of radical economic policies, saying the Conservatives had given them the opportunity to pitch an alternative leftist strategy.
Despite Brexit dominating political discussions, polls suggest it lags behind the state-run National Health Service as Britons' greatest concern and Hammond said people would have to pay more in tax to fund extra investment.
"The prime minister was very clear and very honest with the public that if we want in the future a growing NHS to support our ageing population of course we'll have to accept a little more tax to fund that service," he said.