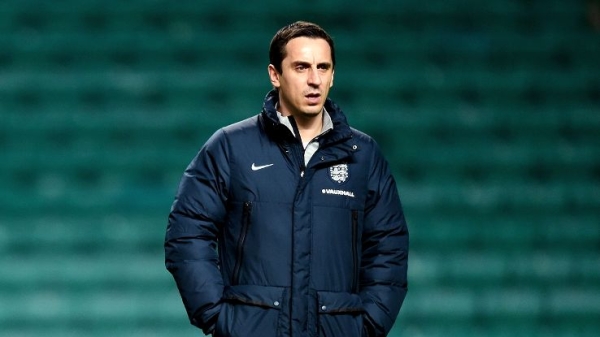 Muscat: Former Manchester United defender Gary Neville has slammed the club’s administration for not having a proper plan to take the club forward.
The legendary right-back took to Twitter to blast the United board and other senior officials, after the Red Devils lost 3-1 to West Ham United on September 29, leading to their worst start to the Premier League season since 1989.
The result leaves Jose Mourinho’s side in 10th, with 10 points to their name, and nine points behind joint league leaders and arch rivals Manchester City and Liverpool.
The former England international said the club didn’t have a plan in place when they sacked former manager David Moyes just eight months after he replaced the legendary Sir Alex Ferguson.
“This mess started when United sacked David Moyes after 8 months and we lost all sense of the values that the club had been built on for 100 years,” Neville said on Twitter. “It’s not the manager it’s the lack of football leadership above him. They are bouncing all over the place with no plan!
“When they sacked him after 8 months it went into pinball, Reactive mode and chasing it! No plan...” he added in a separate tweet.
Midfielder Felipe Anderson scored with just five minutes of the first half gone, before an own-goal by Swedish centre-back Victor Lindelof two minutes before half-time made it 2-0 to hosts West Ham. Striker Marcus Rashford did pull one back for United in the 71st minute, but Austrian Marko Arnautovic made it 3-1 just three minutes later.
United’s next game takes place on 2 October, when they welcome Valencia to Old Trafford in the UEFA Champions League.
Neville spent his entire professional club career playing for Manchester United, where he spent 19 years. He was part of the famed ‘Fergie’s Fledglings’ group of players that had come through the club’s youth academy, which included players such as brother Phil Neville, Paul Scholes, Ryan Giggs, David Beckham and Nicky Butt. Neville played 602 times for United, scoring seven goals. He won the Premier League eight times, in addition to winning three FA Cups and Community Shields, two Champions Leagues, one Intercontinental Cup and one Club World Cup. He also represented England on 85 occasions.