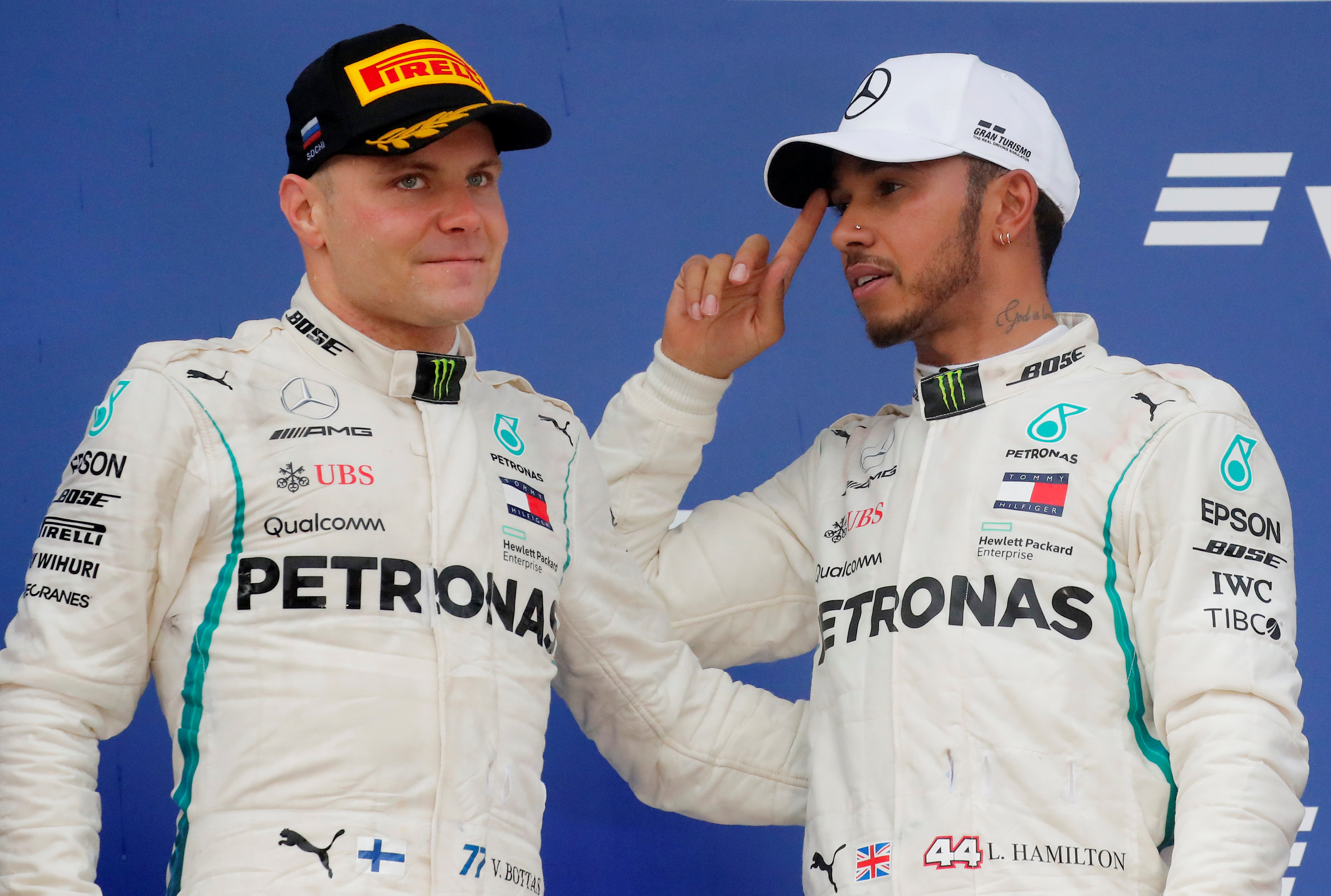 SOCHI, Russia: Lewis Hamilton won the Russian Grand Prix on Sunday in a Mercedes one-two that left the Formula One world champion feeling a little bit flat, even as his fifth title moved ever closer.
Ferrari's Sebastian Vettel, third in the race and 50 points behind the Briton in a battle that now seems as good as over with five rounds remaining, looked like he had more to celebrate.
The German certainly had less to feel awkward about.
"It's very, very hard to find the right words. It's a very strange feeling," Hamilton told reporters after team mate Valtteri Bottas obeyed team orders and moved aside to let him take the lead and the victory.
"We've had a one-two, we've dominated as a team this weekend, the team has done an incredible job and it's obviously never, ever in my whole life been the way I've wanted to win a race.
"I just want to shine it on to Valtteri. There are not many team mates who would do something like that."
Ferrari have long been criticised for giving Vettel top billing and favoured treatment over team mate Kimi Raikkonen but Mercedes have prided themselves on letting their drivers race each other.
Pragmatism, rather than racing passion, was the order of the day in Sochi, however.
Bottas had started on pole position, led away from the start and was on course for victory when the order came near the halfway point to let Hamilton through.
Mercedes said they were worried about the threat from Vettel and wanted to protect Hamilton's title advantage, with Bottas too far behind in the standings to be in the running for anything more than race wins.
Sunday might have been the Finn's first victory of the season, rather than his sixth second place.
Bottas did as he was told, but still asked in the closing stages whether the positions were going to be reversed. The answer was no.
Hamilton, who invited his team mate to join him on the top step of the podium, said it was not a situation he had wished to be in.
"They told me on the radio that... 'Valtteri is going to let you go', which is not what I wanted," Hamilton told reporters later. "I said 'just tell him to speed up'.
"So, yeah, naturally passing him did not feel good in that instant in Turn 13."
"Honestly, at the end of the race I didn't feel anything," added the Briton, who took his time getting out of the car and kept his helmet on even longer.
Vettel made clear he could not see what the fuss was about.
"Well done to both of them, they played very well together as a team," he said.
"Obviously I know that you guys love controversy and therefore ask some naughty questions to them as individuals, but I think in the position they were in it was a no-brainer what they did today."