Metered orange and white taxis from next year 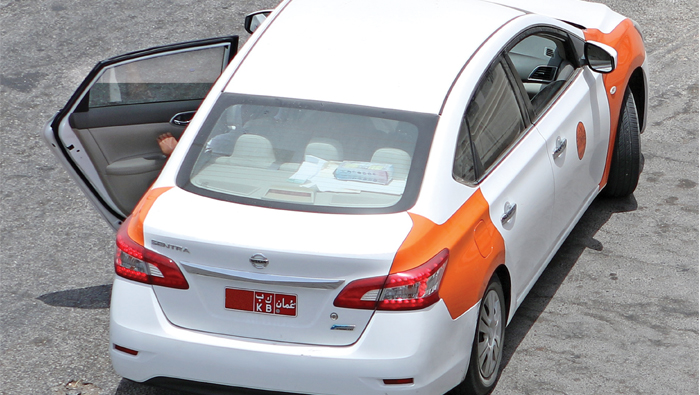 Muscat: All orange and white taxis operating in Oman will have a metered system from next year, the country’s Ministry of Transport and Communications has announced.
According to a ministerial decree, this electronic meter system will come into effect in all orange and white taxis from June 2019 onwards.
Customers will be charged 130 baisas per kilometre travelled, in addition to 300 baisas service charge, which will be activated when customers sit in the taxi. However, if the fares are less than OMR1, then a flat fare of OMR1 is applicable.
There are currently about 36,000 orange taxis in Oman, with 20,000 of them operating in Muscat alone.
A Ministry of Transport and Communications official told Times of Oman, “As part of the implementation of the Land Transport Law No. 102016, ministerial decision number 952018 stipulates the transport fares for public taxis. In case of more than one passenger, customers will have to share the meter amount.”
Free ride
Officials added that should a taxi driver fail to turn on the meter, the ride will be deemed free and customers will not have to pay
a fare.
In addition, Article 2 of the decision stated that a 50 baisas fee per minute of waiting time would be activated after the first five minutes of waiting, which will be free.
This decision will also be published in Oman’s official Gazette, and will come into effect six months after the date of its publication, according to Article 4. The decision was based on Oman’s Land Transport Law and its Executive Regulations.
The revised fares of orange and white taxis in the country came a few days after the Ministry of Transport and Communications announced new fares for Mwasalat taxis that were employed in taking customers to the airport.
From Sunday to Thursday, between 6am and 10pm, the base fare for airport taxis will be fixed at OMR2.5, with an additional 300 baisas being charged for every kilometre.
The base fare was previously placed at OMR3, with a per kilometre charge of 400 baisas.
In the evenings, from 10pm to 6am, from Sunday to Thursday, as well as during weekends and public holidays, the base fare will begin at OMR3, and customers will be charged 300 baisas for every kilometre, should they choose to engage the Mwasalat taxi to and from the airport.
Those who lived and worked in the country said this was a good move, because customers would now know exactly how much they would be paying.
“Earlier, we used to have to haggle with taxi drivers to take us somewhere,” said Reynold Gregorio, a Filipino national in Oman. “Sometimes, for the same journey, we would have to pay just one rial, sometimes we had to pay three or four rials, and it was difficult for us to understand how much we needed to pay. This system is fair to all, I think.”
Syed Shamsuddin, an Indian national, added, “This will be good for long distances, because the rate will be cheaper. For short distances, it might not be that good, but if you can travel nine or 10 kilometres for about one rial, then this is very affordable.”
The Times of Oman also spoke to Haitham, a taxi driver in Muscat, for his take on this.
“I normally ferry many tourists in the country, and sometimes, they argue with me, asking why they must pay so much money,” he explained. “We are not charging people more money, we only charge what we think is fair, so that we can help them, and take care of our families. Now, with this new system, people will see that there is a metered system in place.”