Mission to cut down on medical errors in Oman 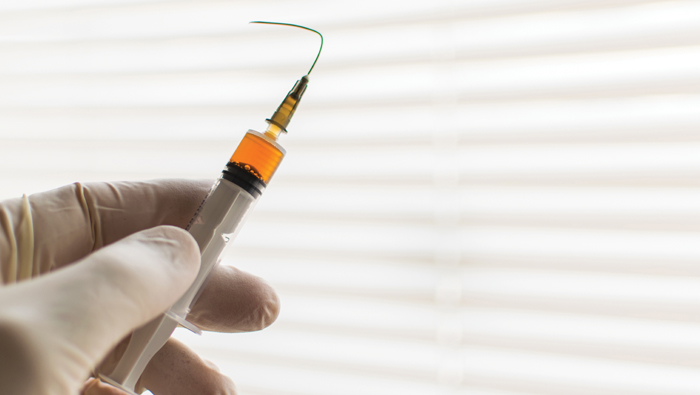 Muscat: Oman has reiterated its commitment to ensure the safety of medical patients, as the country works to reduce the number of medical errors committed annually.
There are, on an average, 100 to 120 reports of medical errors each year in Oman, and these errors can be harmful, life-threatening or even fatal to patients, and are therefore one of the key topics of discussion at the ongoing 8th Oman Health Exhibition and Conference.
Speaking to the Times of Oman about medical errors, Dr Waleed Al Zadjali, President of the Oman Medical Association, said, “The number of cases we get are between 100 to 120 per year. Among the 100, 40 - 50 per cent are only mismanaged. The others are normal complications or misunderstandings between the doctor and patient.” According to Al Zadjali, communication, information and awareness is the key in providing the proper medical services and avoiding medical errors.
“The doctor and the people who are providing medical services need to have better communication with the patient, they have to explain procedures very well, and they have to share information about the management of a disease with the family and patient,” he said.
The regional committees and higher medical committees look into these cases and try to resolve them, when possible. The higher medical committees are independent groups made up of officials from private, government and other hospitals, including military and ROP hospitals, working to ensure that there are no biases in decision making.
Although medical errors are a cause of international concern, no country has eliminated medical mistakes. The Ministry of Health and Oman Medical Association are also treating such cases seriously, and have been making efforts to significantly reduce the number of errors. In this context, Al Zadjali said, “The Oman Medical Association is concerned about medical errors. The legal committee is going to the interiors and to hospitals and raising awareness among medical professional about how to follow the standards of care, how to implement medical privilege and the protocols of medicine.”
While most cases in Oman being brought before both the higher medical committee and the court is due to misunderstandings, there have been cases where doctors and medical staff have not been aware of protocols that need to be followed or the privileges they have.
For instance, a general surgeon may not be authorised to conduct a complicated surgery without having the needed experience. Hence, guidelines need to be stipulated and followed correctly by all hospitals across the Sultanate.
Another practicing doctor in the Sultanate recently dealt with a patient who had come to see him because of medical errors committed elsewhere.
“Just a few days ago, a young patient came to see me with a severe ear ache,” recalled the doctor. “He had been in tremendous pain, that only seemed to grow with each passing day because he had been misdiagnosed elsewhere. They had said his infection was bacterial, and had given him ear drops to counter it. It did not help, however, and it only intensified.
“When the patient came to see me, it turns out he had a severe fungal infection of the ear, and I had to use a special vacuum machine to pull out a large piece of fungus that was actually growing inside his ear,” he added. “It turns out that the drops he had been prescribed actually had a steroid that promoted fungal growth, and this was what led to his incessant pain.
“Obviously, the patient followed the doctor’s advice because he trusted the doctor, so the doctors must know what they are doing. Otherwise, medical issues can get out of hand and then become untreatable in very severe cases,” added this specialist.
Professor Taha Al Lawati, Head of the Tumor Board at Royal Hospital and a visiting professor at the University of Athens, Greece, explained the process that occurs when a doctor is found to be negligent, “There are different levels of questioning. On the first level the doctor is questioned by consultants in the department. Then if negligence is found, it will go to the level of the hospital, and after the hospital it goes to the Ministry level (Lower Medical Committee), and then it goes to the Higher Medical Committee, and the final stage is the Public Prosecution.”
“If a conclusion could not be reached at the first level, then the case moves up the various levels. There are different people in each level, and for ethical and moral reasons a person who questions a doctor on level one can not question the doctor again on the second, third, fourth or fifth level,” Al Lawati added.
“If the doctor is found to be not guilty on the first level, then the case gets filed and the patient is informed. If the patient is happy, then the case will be closed. If not, then the case will continue and go up the different levels,” said Al Lawati.