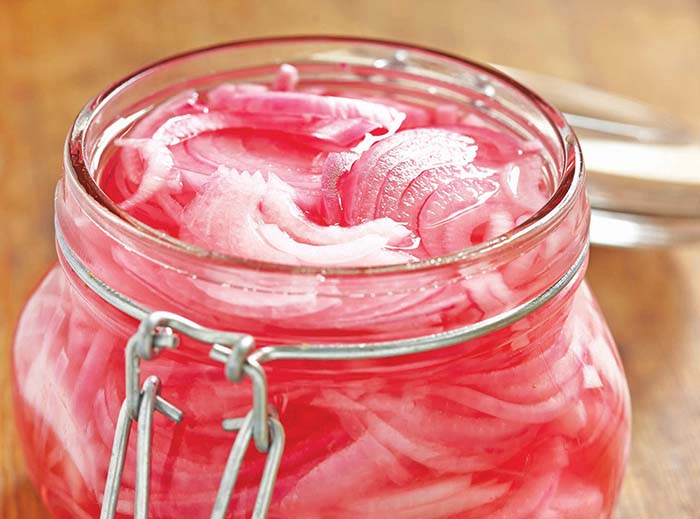 At restaurants, you may have noticed more appetisers and entrees draped with pickled onions in the last couple of years.
You may have been adventurous enough to try them, learning how their tartness coupled with onion flavour kick every dish up a notch, bringing tired flavours into a new era. Pickling has been around some 4,000 years as a way to preserve vegetables.
It became popular in 18th century England as a way to preserve food, according to savoringthepast.net, and today is traditionally served with fish and chips or with what is called a ploughman’s lunch, a dish of bread, cheese and onions — part of the English diet for centuries. Today, pickled onions are used all over the world in a variety of dishes.
Just as with fashion, foods come and go, and the pickled onion has made a resurgence in the United States in recent years.
According to a Datassential survey on menu trends, the use of pickled onions has grown 191 per cent in restaurants and diners in the US in the last four years. From 2016-17, their use grew 8 per cent. It seems chefs are on to something.
They’ve learned the pickled onion adds an interesting twist when paired with burgers and hotdogs and salads and sandwiches. Adding pickled onions to your dishes doesn’t have to be the work of a 5-star restaurant chef. In fact, pickling onions is easier than expected, and it adds a delicious kick to any old dish you’re working on for dinner, lunch or even your hotdogs. Pickled onions are great make-ahead options for garnishing your meats, adding to salads or sandwiches. While healthier for you, you’ll not be giving up the flavour.